“Take me to the land where my dreams come true “

While dream catchers may not exactly take you to the place where dreams come true, they may infuse you with enough positivity to make them come true.

I first got to know about dream catchers when I found a very creatively designed book titled ‘Dream Catchers’ in the duty free shop of Singapore airport ten years back. This is one art and craft object that has intrigued me immensely since that very day and for a while I completely forgot about it, until recently I found dream catchers laid out in a shop in Hauz Khas village, being sold in different colours and sizes.

Having Native American origins, it is made out of willow bent in a circular shape like a hoop and decorated with everyday things like feathers, arrow-heads, beads, stones. However, there is only one gemstone in the traditional dream catcher since the Ojebwa people believed that the gemstone represented the creator and that there is only one creator in the web of life. The hoop occupies prime importance for it is believed to represent strength and unity.

The night air, according to Ojebwa people, is full of dreams, both good and bad. It is said that good dreams, present in the air, slip through the outer holes and slide down through the soft feathers gently such that the sleeping person doesn’t even realise he/she is dreaming. Bad dreams, however, being complex and confused, get tangled in the dream catcher and perish with the first light of the new day.

Dream catchers were first created specifically for infants to protect them from bad dreams and to allow them a sound sleep, but are now used by people of all ages. The best place to hang a dream catcher is of course, right above your bed, by a window. Some choose to also hang it above their televisions and computers so that only the best energy from technology flows into them.

Dream catchers may have started as something having deep traditional roots but is now used simply as a home decoration or to add colours to an otherwise bland wall. They have also pervaded the fashion space as dream catchers in the form of ear hangings are becoming popular.

So when are you getting a dream catcher home? 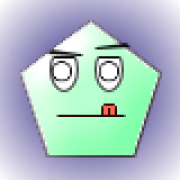 Take your Sweetheart on Delhi Drive!

Write a letter to me someday