Sisila Badalte Rishton ka is a popular show of Colors. The show faced a lot of criticism, but still, the TRP of the show remained high. Amidst rumors of Silsila Badalte Rishton ka going off air, one of the lead actors of the show Dhrasti Dhami, has confirmed that her part on the show is over. She took to her Instagram account to share this news with her fans. She thanked everyone who supported her during the show.

The daily soap is the story of three people.  Nandini started off on the show as a domestic violence victim. She is encouraged by her childhood friend Nandini and her husband to get out of her abusive marriage. The two help her start a new life. In the process, Kunal and Nandini came closer to each other, leaving Mauli shattered.  After a lot of drama, Kunal and Nandini are now getting married. So, how the journey of Nandini will end in the show? 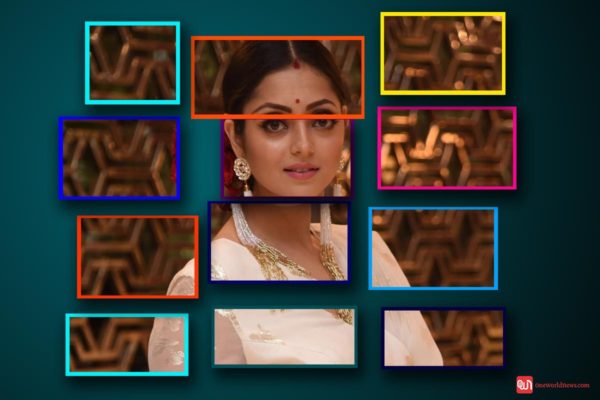 According to sources, the show will now witness the leap of six years. Nandini and Mauli will become the mother. Both will deliver a baby girl. Apart from it, Nandini will die. Now, it would be interesting to watch what will happen to her but it is confirmed that she will die.

The storyline of the show is little hatke. A lot of people didn’t like the concept. Some claimed that the show is spreading negativity and it is promoting extramarital affairs.  Amidst all this, the TRP of the show remained high due to high voltage drama and spectacular acting by the lead actors.

Now, the character of Nandini will not be seen on the show. Here are a few things that were special about the character.

2. Dhrasti was criticized by her fans and was also trolled on social media, but we have to say, one needs a lot of courage to play these types of bold character.

3. Her chemistry with Kunal was sizzling

4. She gave us major saree goals. She looked million dollars in those beautiful sarees.

5. Nandini was not a working woman but she was full of talent. Be it food, singing or painting. She was good at many things.

Understanding the concept of No Shave November

Benefits of Onion Juice: It can protect your hair from the deadly pollution of Delhi