Cringey, Creepy, Nasty, Bigg Boss ke kayi rang. In this season, we got many moments to laugh and many to cringe on. Keeping the legacy alive, Abhijeet Bichkule, a wild card contestant offered a creepy deal to Devoleena Bhattacharjee during a BB task.

Bigg Boss had given a task to contestants in which they have to steal antiques from BB museum to win. There Abhijeet collected many items and pased them to Devolena. He further said while touching the cheeks of Bhattacharjee, “Tere Liye Kuch Bhi karunga, lekin pappi chahiye mujhe.” In addition, Bichkule reminded Devo repeatedly of the kiss deal. This left Devoleena miffed over Abhijeet and she angrily warned him to stay within his limits.

Seeing Bhattacharjee getting irritated with Abhijeet, Tejasswi Prakash asked Devo that if the latter blackmailed her, to which she nodded. This left Prakash furious and she pushed Bichkule that lead to an intense fight between them.

Let us see how Twitter is reacting to it.

It seems that netizens are sympathizing with Devoleena Bhattacharjee. On the contrary, they are saying that finally, Devo gets a taste of her own medicine.

Ye tho hona hi tha ? Couldn’t be more satisfying seeing devo having a taste of her own medicine?

Some users also criticized her for her behavior. And called her ‘Devo Dayan’.

She is the same devo dayan I think who went against rash when rash complained to salman about Abhijeet.. same goes with teja without beja.. she also told Abhijeet has language issues… now this is called karma… so happy..what you do with others automatically comes to you

However, some of them also slammed Abhijeet Bichkule for his behavior. They mentioned that Bichkule behaved the same with girls in the Marathi version of Bigg Boss too.

Devoleena Bhattacharjee and Rashmi Desai called themselves besties before entering the Bigg Boss 15. Devoleena entered as a connection for Desai in Bigg Boss 13 too. However, it seems in this season, their friendship is not setting the right BFF goals. On many occasions, BB fans found Devo bitching about Rashmi.

Devoleena Bhattacharjee is a well-known face of the television industry, but she became a household name after was introduced as Gopi Bahu on the popular show, Saath Nibhana Sathi, replacing Giaa Manek. When she entered Bigg Boss 13, people fondly called her Bahu bani babe, as her fans had always seen her in a sanskari avatar.

Devo was In DID!

Bhattacharjee was never introduced to the world of glamour as an actor. She stepped in as a dancer and one of the participants from the popular reality dance show, Dance India Dance 2 as a contestant and she got takdir ki topi too

Is it the end of TejRan?

In Bigg Boss, many couples formed during the show, and some romances meet a dead end in the show itself. However, in Bigg Boss 15, all eyes are on Tejasawi Prakash and Karan Kundra. Even wildcards, Rakhi Sawant, Ritesh, Rashmi Desai raised fingers on the relationship of TejRan. But now, their relationship has taken an ugly turn. In the recent promo, Rashmi Desai told Karan that Tejasswi is insecure about her, quoting Tejasswi as Karan’s ‘Girlfriend’.

This erupted a verbal fight between Teju and Rashmi. Seeing the situation is tense, Karan interfered and asks Tejasswi to calm down. However, it seemed that Karan’s statement made her more pissed and she told him,”The more you ask me to stay calm, I am going to lose it.’’

Which is your favorite contestant at Bigg Boss 15? What do you think about Teja and Karan’s relationship? Comment down below.

Emotional Detox: Expert revealed why your body needs it? 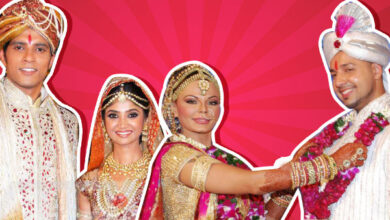