Dengue Fever wrecks havoc in India , UP suffers the most.

Hospitals are overwhelmed again as dengue fever has gripped India. Many North Indian states are witnessing a dengue outbreak. Delhi alone recorded over 2000 cases in a week. Other states are also recording thousands of cases.

Several clips circulated on the internet where many parents helplessly carried their children to the hospital. While India is still suffering from the Covid-19 pandemic. For many hospitals, this is a Deja-vu moment. As the big festive season has ended, people are expecting an increase in COVID-19 cases. However, the disease has changed, it is dengue this time. But the dysfunction remains the same.

Uttar Pradesh saw the worst dengue fever outbreak so far. As per the reports of India Today, Over 23000 cases were reported this year in Uttar Pradesh. It is the highest since 2016. Reports suggested that the hospitals are once again overwhelmed with patients. But the authorities say most cases were registered in Firozabad, Jhansi, Ghaziabad, and Prayagraj. Lucknow reported more than 1500 so far. It claimed many lives, most of them were kids.

A month before, a heart-breaking video went viral on social media where a girl was desperately pleading before officials to save her 11-year-old sister suffering from dengue fever. Outside a state-run hospital in UP’s Firozabad, Nikita Kushwaha flung herself before the Agra Divisional Commissioner. She squatted in front of the car, as two police officers dragged her away. She was calmed down before being hustled away from the spot. The appeal was eventually pointless. Her sister Vaishnavi Kushwaha died a few hours later. Nikita alleged that a lack of treatment at the hospital was responsible for her sister’s death. Therefore, she demanded the suspension of the doctors.

In its defence, the hospital said that everything possible was done to save the young girl. Nikita’s sister was among the worryingly large number of dengue cases reported recently in UP. Around 12000 people in Firozabad were bedridden with the viral dengue fever that has gripped the district, while more than 114 were mostly children who shut their eyes untimely.

However, this is not limited to UP. Delhi, Jammu and Kashmir, Rajasthan, Haryana, Kerala, Punjab, Tamil Nadu, Uttarakhand, are also among the worst-hit states. With scarce resources and medicine prices going up, people are forced to mortgage their jewellery and land.

720 & Counting, Dengue cases in Delhi are on Spike

The Centre has formed expert teams, to monitor the rising dengue cases in these states. They are tasked with assisting and supporting the states and union territories to mount an effective public health response. Keeping in view the upsurge of cases, the states had intensified their fogging and spraying drives.

Here is what you need to keep in mind in this dengue season.

Dengue fever has gripped almost the entire nation with the death toll seeing an increase with each passing day. The fever is caused due to the bite of an infected female Aedes aegypti mosquito and can be fatal. 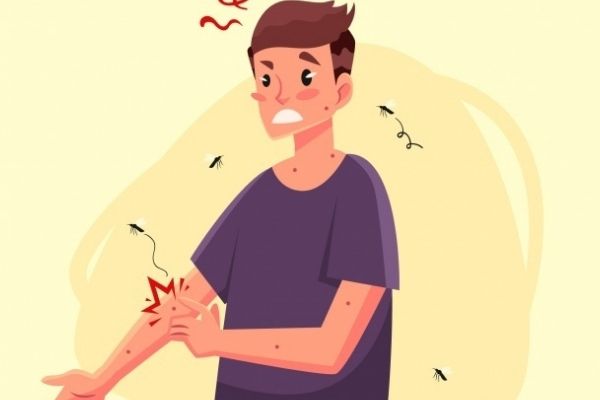 The most common symptoms of dengue fever are:

6 things to avoid and prevent yourself dengue

1.     Do not have stagnant water around as it acts as a breeding ground for the mosquitoes.

2.     Apply mosquito repellents on all exposed areas, during the day as well as at night daily.

4.     Always cover your trash can or dustbin when not in use.

5.     Use camphor as a repellent, light camphor in a room, and close all the doors and windows. Leave it for about 15 minutes to have a mosquito-free environment.

6.     Try to wear clothes that cover your arms and legs.

Siddharth Shukla To Dilip Kumar: Celebrities who died in 2021