As we continue our new segment of the Weekly news highlights, in which we talk about the most discussed issues of the last week, today we take you to the journey from Bharat Band to Bengal attack on BJP’s convoy.

The convoy of BJP President J P Nadda was attacked with stones and bricks allegedly by the TMC supporters when the motorcade of BJP was headed to Diamond Harbour, Kolkata. 8 BJP workers were admitted to the hospital and senior leaders Mukul Roy and Kailash Vijayvargiya suffered minor injuries. The attack took place on Thursday in the Diamond Harbour, the Lok Sabha constituency of Abhishek Banerjee, nephew of CM Mamata Banerjee.

BJP including the Union Home Minister, Amit Shah criticized the Mamta government for their lack of security arrangement and called it a planned attack on BJP convoy. Mamta Banerjee roared back and accused BJP of staging the attack and falsely accusing the TMC party as a part of political conspiracy in the run-up to the Bengal election due in 6 months.

The Ministry of Home Affairs summoned the state’s Chief Secretary and police chief after the attack. The Home Ministry also sought a report from the Bengal government over the alleged “sponsored violence.”

3 FIRs have been filed in the case so far, and 7 people have been arrested by the police.

Prime Minister Narendra Modi laid the foundation stone for the new Parliament building on Thursday last week. He called the building a landmark of India’s democratic tradition. The event was attended by several political leaders of different parties including the cabinet ministers and ambassadors of different countries. Businessman Ratan Tata was also present. His Tata Projects Limited won the bid to construct the new Parliament building in September.

Petitions were also filed against the flagship project in the Supreme Court, saying that the iconic boulevard of approximately 3.5 km from India Gate to Rashtrapati Bhavan and further to National Stadium is a symbol of India’s historic past, its vibrant democracy, and its nationhood.

Earlier on Monday, the Supreme Court of India expressed its strong displeasure with the Centre for “moving forward aggressively” towards the construction of the Central Vista project. However, it had allowed the foundation stone ceremony of the Central Vista Project, which took place on 10th December.

The top court clearly stated that the foundation stone can be laid but no demolition, chopping of trees, or construction should take place at the Central Vista project.

After failing at all the meetings, including the Amit Shah meeting with farmers, the Centre decided to promise a written promise of MSP, allowing farmers to move to court and not SDM or DM and scrapping of the Electricity Amendment Bill. These all were being protested by the farmers union. The central government also offered to make amendments in the laws to address the concerns of farmers in various areas. They clarified that no buyer can take loans against the farmland and no such condition will be made to farmers to allay the fears that big corporates will take over farmlands.

Farmers Union unanimously rejected the written offer of amendments in farm laws and announced an escalation of protest if the new laws are not repelled. Their plan involved the capture of toll plazas, closure of Delhi-Jaipur Highway and boycott of Reliance malls. They also announced to go on a full-scale protest across the country by December 14.

The Chief Minister of Delhi, Arvind Kejriwal alleged on Tuesday that he was put under house arrest by the Centre to prevent him from visiting the main protest site to show solidarity to farmers. Deputy CM Manish Sisodia accused the Delhi police of conversing the residence of CM into a prison.

However, the police denied the accusation of house arrest and claimed that the residence of CM was barricaded to avoid a clash between BJP workers and AAP workers.  BJP party workers were at the main gate since Monday night. The DCP of North Delhi tweeted that the claim of CM Delhi being put on house arrest is baseless and false. A 90-year-old British woman on Tuesday became the first person across the globe to receive the Pfizer/BioNTech-approved COVID-19 vaccine. Margaret Keenan, who turns 91 this week said, If she at 90 can take the vaccine then others can take it too. William Shakespeare, the 81-year-old UK citizen was second to get the shot. Meanwhile, Prime Minister of Britain, Boris Johnson called the roll-out of Pfizer-BioNTech coronavirus vaccine a “tremendous shot in the arm for the entire nation”.

Protesting farmers called for a Bharat Band (nationwide strike) on November 8 against the three new farm laws. The Bharat Bandh was observed throughout the country from 11 am to 3 pm. The nationwide strike was supported by several trade unions and opposition parties. The Central government had asked all the States and Union Territories to maintain peace and tranquillity during the protest. It also asked the local government to ensure that the coronavirus measures are being taken.

A day later, the farmers union claimed that they have the Bharat Bandh was highly successful and had an impact in 25 states. They called it a Super Bandh from Kashmir to Kanyakumari. 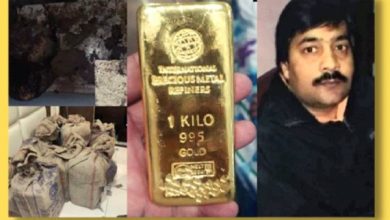 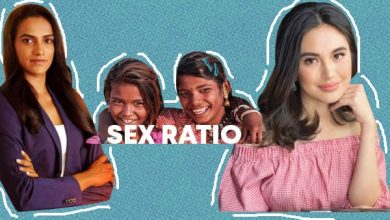