The inter relationship with Dance & Yoga!

According to Hindu philosophy Lord shiva who is known as Adi yogi is also known as Nataraja the king of nritya, the cosmic dance. Hindu scriptures depict Shiva either in dhyan mudra or in tandava mudra. Hence, yoga and dance originated from the same source Shiva. They are like two streams of a river but originating from the same source hence there are many similarities and they are connected with each other.

The Inter relationship between Yoga and Dance

Yoga means union. It is the union of mind and body. There is an intimate connection between the individual, the world and the cosmos. But many people are not aware of this connection. People think of Yoga as another form of stretching and exercise, on the other hand nritya takes many forms. There are a variety of dances in every country and culture. But the Indian classical dances are much more than body movements. For example Bharat Natyam has three elements at the physical level .These are Bhava, raga and Tala that is why it is known as Bharata natyam. These Indian classical dances have in them math, geometry, music, expression, emotion, and feelings. At the physical level both yoga and dance provide great health benefits. But at the emotional and spiritual level they aim at connecting the sadhaka with nature  be it personal or cosmic by this connection the sadhaka becomes aware of this consciousness and the creativity becomes alive and the person becomes fulfilled in all spheres of life.

If the external connection is the breath through which we relate with each other and to the external world there is another dimension of consciousness which is internal, which we call it as Atman. The Hindu philosophy explains it very beautifully in terms of Shakti and Shiva. Shakti is the force, the energy which in the physical dimension is breath. The other aspect is Shiva-the consciousness. There is a relationship between breath and Atman. Once the breath stops all activity stops hence Shakti symbolizes the vitality, movement and dynamism in a person. The practice of yoga makes a sadhaka to awaken the Shiva through Shakti which means one awakens the consciousness through pranayama and yoga.

Read more: Feeling Depressed, Suicidal? Let Yoga Pick You Up From The Doldrums!

The Four outcomes of Yoga

There are at least four different outcomes from having a harmonious body and mind. The first one is physical health. By practicing yoga asana and pranayama one attains physical health and many life style disorders such as hypertension, diabetes and some psychosomatic disorders can be reversed and one can attain good physical health through practice of yoga. This can also be achieved through practice of dance. There is a lot of evidence which shows that music and dance are therapeutic and doctors use them as therapy for certain ailments. 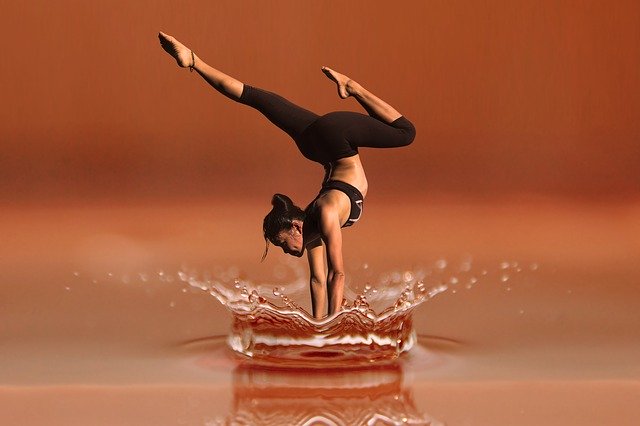 The second dimension of Yoga is relaxation, rejuvenation and revitalization of the mind. Man in pursuit of his desires continuously seeks pleasure through various activities which create deep internal stress which does not allow the mental faculties to be charged with energy and the harmony between the individual and the universe is missing when one undergoes a lot of stress. By practicing yoga one can achieve relaxation and concentration. This is the second outcome of Yoga sadhana.

The third dimension of Yoga is felt at the level of Prana. One connects with the source of energy through the breathing. Pranayama the technique of regulation of breath and maximization of prana doesn’t allow these physical and mental energies to deplete. The purpose of pranayama is to awaken this inner energy, the inner prana through which there is a constant alertness and a sense of well being.

The fourth outcome of Yoga is connecting with the subtle nature, the intuitive nature beyond the intellect and rationality. The manifest mind deals with our visible nature –intellect, feelings, emotions, rationality, ideas, concepts and beliefs etc. But when we move into the subtle dimension of our consciousness we transcend the intellectual within us and connect with cosmic consciousness.

In everyday life people do many things, some may be right and some may be wrong. While committing mistakes and wrong things there is an inner self which knows that these are wrong but people carry on with such activities, knowing  well that these are wrong. Hence, there is a split between our intuition (our inner self) and our practice of everyday life. This causes a lot of psychological, mental and emotional stress and trauma. Often we cannot come to terms with our lifestyle, our behavior with our near and dear ones and also with others in the society. Education even in Ivy league institutions also doesn’t come to our rescue in such a situation as through education we only get knowledge but not wisdom.

Hence, the fourth outcome of yoga is connecting with one’s own inner self /intuitive nature and converting knowledge into wisdom. This happens when we try to connect the Shakti with Shiva and transcend the mind to connect with the inner consciousness.

It goes without saying, with these four very important outcomes, if everyone practices yoga, we can achieve a better society with positivity and a sense of well being and happiness.

As yoga and dance have an intrinsic bond in Indian culture, many dancers have created a fusion of yoga and dance in recent times and practice and teach such a dance form. Even otherwise the traditional dances of India, Bharta natyam, Kuchipudi, Mohini attam, Kathakali and kathak all have an intrinsic connection with the inner consciousness. It is believed in Indian philosophy that Music (Sangeet) and dance ( Nritya) have a connection with God and  practicing these is nothing less than yoga sadhana and one can achieve all the four outcomes of yoga by sincerely practicing  music and dance and attain fulfillment.

Let us all try to understand yoga in its deeper sense and not just as a body stretching exercise. Let us all try to reach that union of body and mind and the union between Shakti and Shiva.

Delhi is witnessing a humongous surge in COVID-19 cases