What Congress leaders have said on the performance of Congress in Bihar elections 2020?

After the dismal performance in the Bihar Elections 2020, Congress has found itself another crisis after senior leaders have criticized the senior leadership and asked for introspection. Many Congress and RJD leaders have blamed the performance of Congress party for the loss of Mahagathbandhan in the Bihar state elections. It is to be noted that RJD and Left parties performed very well in the elections but Congress failed to get enough seats, which ultimately affected the final outcome of the election. The Congress had contested on 70 seats but were able to win only 19 seats, 8 less than 2015 elections.

What Congress leaders have said?

Senior Congress leader and advocate Kapil Sibal’s interview to one of the leading newspapers sparked controversy after he was critical of the senior leadership for the poor performance of the party in Bihar election. He complained about the lack of introspection by the Congress in the last 6 years. Kapil Sibal is also the part of G-23 leaders who had written a letter to the Party’s President Sonia Gandhi for making suggestions to revive the party.

After Kapil Sibal’s controversial interview, Rajasthan CM, Ashok Gehlot criticized Sibal, saying that Kapil’s comments have hurt the sentiments of the party workers across the country. Gehlot made many tweets in which he said that the party has seen many crisis – 1969, 1977, 1989 and 1996, but has emerged stronger each time due to its firm belief, policies, programmes, ideology and its leadership. It was not needed by Kapil Sibal to mention internal issues of Congress as this has hurt the sentiments of party workers across the country.

Read more: Akhilesh Yadav might not forge an alliance in the 2022 UP election 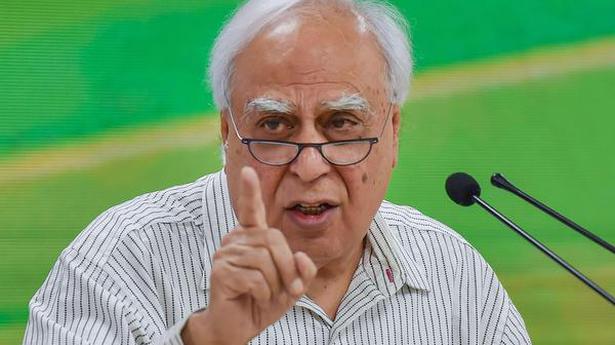 Former Union Minister, Salman Khurshid took a dig at such party colleagues, saying “doubting Thomases” who suffer periodic “pangs of anxiety.” Known to have a close relationship with Gandhi Family, Salman Khurshid has said that if the mood of voters is resistant to the liberal values of the party, which party has cherished and espoused, then the party should be ready for a long battle instead of short cuts to get into power.

Tariq Anwar, a veteran from Bihar, said that there were shortcomings which have led to worse performance of Congress in the “Mahagathbandhan” constituents in the Bihar elections in comparison to other parties in the alliance. He had also asserted that high command was serious about thorough analysis and introspection. While defending Rahul Gandhi, he said that a national leader can not out devote energy and time like other regional leaders in the state elections.

Karti Chidambaram, son of P Chidambaram also pitched for introspection and an internal discussion on the losses. Sanjay Nirupam demanded that party leaders who are responsible for the loss of Bihar election, the one who were taking decisions should be held accountable for the loss.

Rashtriya Janata Dal leader Sivanand Tiwari also raised questions on Congress saying that the alliance partner had “shackled” the Mahagathbandhan with chains in the polls. He said that Congress contested on 70 seats but didn’t hold even 70 rallies. Rahul Gandhi visited Bihar on three days and held 2 rallies on each day. Priyanka Gandhi was not seen even on a single day. And while election campaigns were on peak, Rahul was on a picnic with Priyanka Gandhi in Shimla.

December 2nd Week Highlights: From Bharat Bandh to written assurances, a look into a week of farmer’s power

Kaam Ki Baat: How failure of Congress as a strong opposition has weakened democracy