Climate Change And Migration Have Co-existed Since Long Ago And Caused The Greatest Threat To Humanity!

In the 21st century, climate change stands as the single greatest threat to humanity. With every increase in the global temperature, millions of lives are being pushed into the brink of fear of losing their homes. Increasing droughts, floods, extreme heat and wildfires cause massive internal displacement, forcing millions of people to flee their homes. In 2020, climate disasters caused more internal migration than wars, and the displacement is steadily on the rise. The current scientific measurements predict that climate change will affect the large livable parts of the world and make them even worse to sustain lives. Nearly 19 percent of the world’s livable part would be in the hot zone by 2070, which is a home to millions of people. According to the UN, climate disasters have caused an average 3.1 million displacements a year since 2008. By 2050, there would be more than 200 million climate refugees, putting more pressure on the migration crisis. As climate change and migration continue to rise, the question arises that where would the people go?

The Impact Of Climate Change On Human Lives

Climate change and migration have co-existed since long ago. Extreme weather and natural disasters have always been the major reasons for human displacement. The evidence of climate migration dates back to the ‘Iron Age.’ Two separate researches by IIT Kharagpur, referring to the Iron Age and current climate situation respectively, found the link between extreme climate events and displacement. The research supports the hypothesis with convincing evidence that claims the collapse of Indus Valley Civilization caused by climate change. The new findings suggest that climate change triggers more extreme weather, and the numbers of extreme weather events significantly increased over the past 50-years. Climate change and extreme weather events affect humans in several ways and they have severe consequences.

Early humans might have survived the extreme weather events, but the current climate crisis is pushing people into the extreme and unbearable conditions. By 2100, temperatures in many parts of the world could rise to the point that moving outdoors for a few hours will result in death.

According to a study by the National Academy of Sciences, the earth could see a significant temperature increase in the next 50 years than it did in the last 6,000 years. The experts believe that the extreme weather events will continue to rise even if we stop the temperature from rising further. Some countries, including several African regions and Southern India, will face severe heat waves and droughts. Several parts of the world will witness extreme rainfalls, floods, coastal flooding due to the sea-level rise, and cold waves in many parts of the world. Globally, roughly 148 million people are exposed to flooding events, which might see extra 23 million people by 2050. Countries around the globe, especially, Sydney, Venice, Miami, Mumbai, Chennai, and New York might sink underwater by the end of the century. The scientists at Bureau Meteorology warn that Sydney might witness “daily floods” if the greenhouse gas emissions are not reduced. Between 1970 and 2015, the human caused sea-level rise caused 8 out of 10 flooding events in Sydney.

The Institute of Economics and Peace projected that over 1.2 billion people may face displacement by 2050 globally due to increasing population, climate disasters and poverty. The major threat is believed to be climate change. The study surveyed 157 countries, where 141 countries found to be threatened by at least one ecological crisis. Countries such as India and China are extremely threatened by water scarcity due to an exponential increase in population. Another data shared by UNSCR suggests that the number of climate-refugees has risen to 21.5 million since 2010. India and China alone witnessed over 10 million displacements by disasters in 2019.

Climate change, in several African countries, is promoting poverty and hunger. 1.3 billion Africans are threatened by accelerating climate change and remain “extremely vulnerable” as the continent’s land and water are warming up faster than the global average. An estimated, over 100 million, Africans will be exposed to extreme droughts, floods and heat if adequate actions are not taken. In Madagascar, 1.4 million people were pushed into “right to the very edge of starvation” by climate change. The frequent droughts in Southern Madagascar are developing food crises and acute malnutrition in children under-five has doubled in the last four years.

Climate change has serious consequences on human lives, but what about the economy? Climate change has been equally concerning for the environmentalists and economists as it predicts a dark future for both. Climate change affects the economy in many ways, for example money spent on building infrastructure to meet the possible disasters caused by climate change, delayed development projects due to natural disasters such as floods, and adding funds to the government budget for the environmental protections and disaster reliefs.

In the worst scenario, climate change can wipe off up to 18% of the global GDP by 2050. As per the current projections, even if the world meets Paris Agreement targets, the world would see roughly 4% of the global GDP loss. However, the impact will be different in all the countries, for example, Chila will see nearly 24% of GDP loss in the worst scenario, while Europe will see 11%.

The sea level rise is one of the major threats for the economy as well as migration. It is projected that the sea levels can rise between 10 and 30 inches by the end of the century even if the world keeps the global temperature at 1.5 degree celsius. The coastal flooding will alone cost $14.2 trillion by 2100 if possible measurements are not taken.

Climate change is real, and even worse than previously thought. As the climate crisis grows, the problem of refugees becomes more concerning. People are leaving their homes and looking out for new places to settle down and survive. Unfortunately, finding a new shelter comes at a cost, many people don’t even make it to their destination and many are deprived of their basic needs. The priorities are now shifting towards a healthier environment and building a safer world and greener economy is the greatest responsibility for the leaders and citizens. 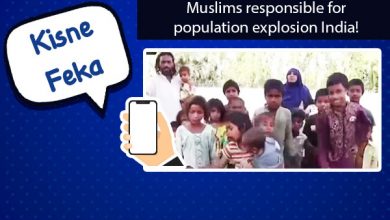 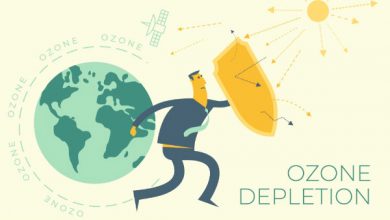 Why Don’t We Talk About Ozone Depletion Anymore? The Surprising Act That Healed Ozone ‘Hole’ 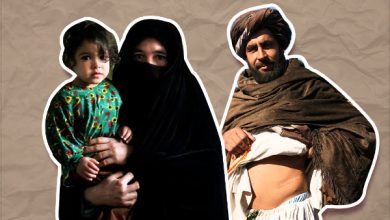 Women, Organ and Honour ON SALE! Afghanistan under Taliban Rule