Chhath Pooja 2021,a 4-day festival and tales behind the faith!

Chhath Pooja is one of the famous festivals celebrated in many parts of India on the 6th day of Kartik month as per the Hindu calendar. Chhath Pooja is a festival that is mainly observed as worship to Lord Surya. During this festival, the devotees observe fast for 36 hours.

According to the scriptures, Chhath puja was started during the Ramayana. After killing Ravan, when Lord Rama and Sita returned from their exile to Ayodhya they had kept this fast. It is also believed that Kharna, who is the son of Surya dev, was an ardent devotee of the sun god. He used to offer oblations while standing in water for hours.

Draupadi also worshipped the Sun god for the health and longevity of the Pandavas. It is said that due to this reverence, the Pandavas had regained their kingdom.

There is another mythological story related to this festival. King Priyavrat and queen Malini were childless, due to which they were living in melancholy. Then a great sage, Maharishi Kashyap advised them to perform the Putrakameshti Yajna. When they performed this Yajna, maharishi Kashyap gave the queen a kheer to eat, which was prepared as an offering to the god. After some time, the king and queen were blessed with a son, but their fate was so bad that the child was born dead.

When the king carried the corpse of his son to the crematorium and also tried to sacrifice his own life, then the Chhatt Goddess ‘Devasena’ appeared before the king. She is also recognized as Shashti. She told the king that if someone sincerely and duly worships her, all their wishes come true. The Goddess advised the king to worship her. Taking her advice, the king sincerely worshipped Goddess Shashti and pleased her by fasting. Impressed with the king’s devotion, the Goddess blessed him with a son.

It is said that the day on which the king performed this pooja, was the day of Kartik Shukla Shashti that is the 6th day of the Kartik month. And from that day onwards, the tradition of performing this pooja is being continued.

Even today, people observe this fast for the attainment of children and also for the happiness and longevity of their family members.

Essence of celebrating Chhath Puja: Here is all you need to know

There are 4 important days of Chhath puja

Nahay-Khay is the first day of Chhatt pooja. On this day, the house is first cleaned and then sanctified. After which the devotees take a bath and purify themselves. After bathing, they start the fast by eating pure and moral food. On this day, gram lentils and bottle-gourd are eaten with roti. The cooked food is first eaten by the devotee and later consumed by other family members.

Kharna is the second day of Chhath Pooja. On this day, the person who is observing the fast, follows it for the entire day, in which they can’t eat or drink anything. In the evening, a sweet dish is made using jaggery known as ‘Rasiao Kheer’, which is eaten by the observer after performing pooja. That same night, a sweet named ‘Thekua’ which is made of Jaggery syrup, wheat flour, and ghee is prepared for Goddess Chhatti as offerings. 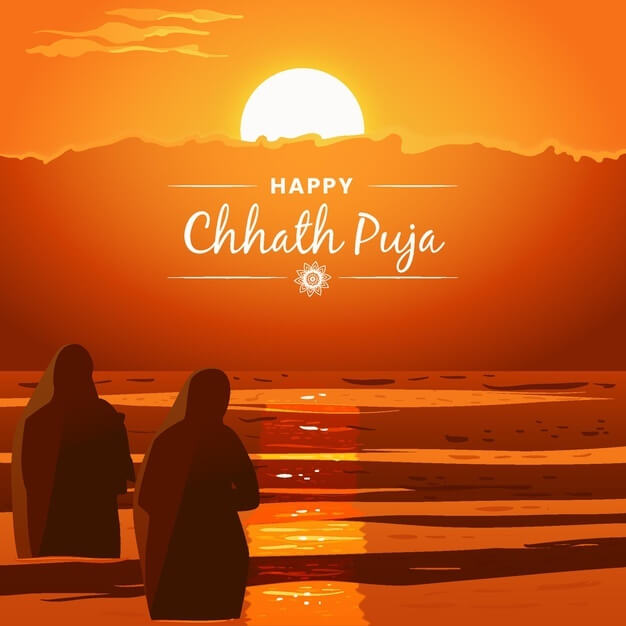 The third day is the main day of Chhath Pooja. On this day, observers do not even drink water. Then, in the evening, they gather at the river or pond and offer oblations to the setting sun. When the devotee is heading towards the Ghat for the offertory, the son or one of the men of the house walks ahead with a basket made of bamboo, this basket is known as Behengi. The Behengi contains fruits, offerings, and other things required for the pooja. 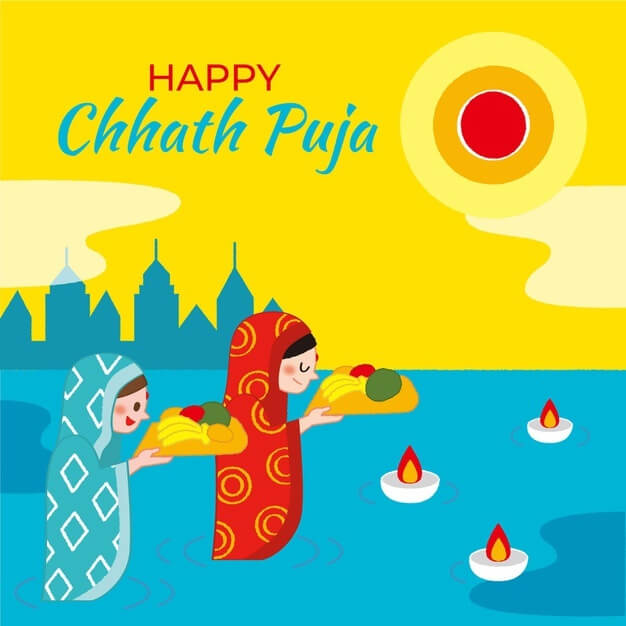 On the fourth day of Chhath Pooja, devotees worship the rising sun. devotees and the other family members once again gather on the banks of the river and sing songs for the goddess Chhathi to please her. Then in the end they break the fast by consuming prasad and raw milk.