Caste divide in India, recent cases of caste and crimes that show how ingrained the caste system is

“….turn in any direction you like, caste is the monster that crosses your path. You cannot have political reform, you cannot have economic reform unless you kill this monster.” – B. R. Ambedkar, Annihilation of Caste

The caste system is one of the most ingrained termites that holds the basis of the divide from the most basic levels. As Ambedkar said, it is that monster, which is a hindrance to every reform. It divides people in every form and forum, political, cultural, or economic. The dynamics of the caste divide in India are the basis of several stories of oppression and crimes in the country. But before identifying them, let’s have a look at where it has started.

The history of caste divide in India

The history of the caste divide in India can be traced to the Hindu’s system of division into strict hierarchical divisions based on their karma (effort) and dharma (responsibility) is said to be over 3,000 years old. 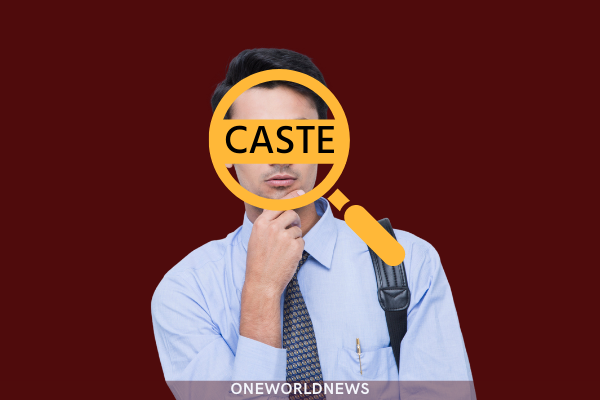 Manusmriti, widely regarded as the most important and authoritative book on Hindu law, and dating back at least 1,000 years before Christ’s birth, “acknowledges and justifies the caste system as the basis of society’s order and regularity.” It divides Hindus into four main categories – Brahmins, Kshatriyas, Vaishyas, and the Shudras.

The caste divide in the country was seen in ways where the upper caste, Brahmins get the authority to enjoy the powers and privileges of being the upper caste and they enjoy this power and authority to suppress and oppress the other castes. Their oppression was as brutal as treating the Dalits as untouchables and bonded laborers and so on.

And even today, the caste divide in India is playing a significant role and there are a lot of recent examples that highlight how the caste divide plays its part in crimes in the country. Here are a few of them –

1. Dalit woman who was allegedly raped in MP accuses the cops of forcing them to withdraw the case

It was reported that the 19-year-old Dalit lady who was reportedly gang-raped by two upper-caste males in Madhya Pradesh’s Gwalior district, including her employer’s grandson, was allegedly known to be forced to withdraw the case. Reports suggest of police beating the family of the woman and urged them to drop the case.

Also Read: How bad is the water crisis in India? The clock is ticking

2. 20-year-old Dalit man was hacked to death in Pune while he was on the way to meeting his girlfriend

In his dying declaration, a 20-year-old Dalit man described the abuse he endured at the hands of six men, which resulted in his death. Viraj Vilas Jagtap was riding his motorcycle when his girlfriend’s family slammed into him. The perpetrators approached him while he was falling down and struggling to get up, attacking him with rods and slamming him with enormous stones.

In Hathras, the 19-year-old Dalit woman was gang-raped and brutalized in Hathras, Uttar Pradesh, and a month since she succumbed to her injuries in a Delhi hospital. This is one of the cases from last year that show the caste oppression by the Thakurs on Dalits. The incident happened when the victim and her mother when out on fields and the mother heard of the daughter screaming.

On the night of May 19, a mob barged into the homes of members of a Dalit community in Niyamatpur hamlet. The residents were assaulted and their homes were set on fire by a mob of 100-150 persons. According to the district administration, the attackers were locals.

5. Dalit youth scummed to death after sitting on a chair at a wedding

An incident from 2019, at a wedding in Shrikot, Tehri Garhwal district, a 21-year-old Dalit man was allegedly beaten to death by upper-caste men for eating his food while sitting in a chair in front of them. The dead has been identified as Jitendra Das, a native of Baasan village in Tehri Garhwal, according to the police.

Well, while these are just some of the example from the many examples that have been reported and there are uncountable examples that are not even reported. Caste in India is ingrained so deeply that people are not able to get over their conscious and subconscious divides. And as Ambedkar had said, “I do not believe that we can build up a free society in India so long as there is a trace of this ill-treatment and suppression of one class by another.” It’s time we read about caste and dismantle it from the roots.

7 Foods to lower down Cholesterol