The ‘Dilli Haat’ at Janakpuri (West Delhi) was inaugurated by the Delhi Tourism Board on 13th July 2014. The opening ceremony was attended by the Chief Guest-Parvesh Sahib Singh, Member of Parliament from West Delhi Lok Sabha Constituency; Manish Chatrath- the Chairman of Delhi Tourism; Rajni Mamtani- Councillor & Guest of Honor of the event and Jagdish Mukhi, the Member of Delhi Legislative Assembly.

Various outlets were showcased with the opening ceremony like live sketching, magic tricks, handicrafts and food court. Entry was made free for the visitors on the first day.

Ram, a visitor and an engineer by profession said, “It is good to be here as I stay nearby. Now, we do not have to go to INA or Pitampura to buy handicrafts stuff or to attend festivals organized by Delhi tourism”. To this, he also added how long they had to wait for its opening as the government had announced it two months back. Pointing to the crowd, he said, “You can see how much the local visitors are excited as now they got a good place to spend time with family and friends”. Comparing the place to a mall he said, “Here, the crowd is expected to be more as it is an open feature comparative to a mall which is a closed one”.

The place has an open amphitheatre unlike the other two ‘Dilli Haat’ where many kids could be seen playing around. Among them, Abhishek, a pre-primary kid of Adarsh Kindergarten said, “I liked this place because it has a lot of open space for us to play unlike congested colonies or malls”.

It was a pleasant weather in New Delhi on Sunday evening as well as a weekend. So, the families, friends and couples were spotted in large number. A puppet show and a Rajasthani folk dance were organized by the Delhi Tourism to attract visitors and create awareness of the Rajasthan culture. In the midst of this, a couple was clicking pictures of each other. When asked about their views, Surjeet Kaur, a housewife, humbly said, “I have not been to any of the ‘Dilli Haat’ (s) before. So, it was an overall new experience for me where all the handicrafts materials were available at a modest price”.

The architecture, ambience and handicrafts’ stalls were appreciated by many. However, people were a little apprehensive about the food court and its price. Saurabh, a graduation student, who was standing for his turn in ‘Maharashtra Food Stall’ remarked, “The food items are very costly. Whatever can be easily purchased in Mumbai in thirty rupees, the price of those items here are around one hundred and twenty-rupees. I guess, this ‘Haat’ is costlier than the INA one. In fact, since these places are government-owned, the prices should be subsidized rather than emptying people’s pocket”.

So, the visitors had a mix view of the place. People travelling from the other end of the city found the place good but food costlier, while those living nearby were happy since they got a new place for friends and family outing. The ceremony was brought to an end by distributing awards presented by Delhi Tourism to the people who contributed in the making of this place.

For a change… Ya! 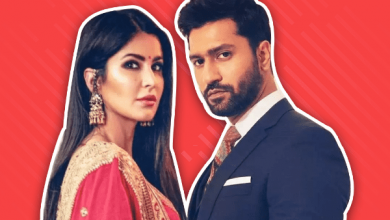