Work in the courts of Delhi was affected due to the heavy rain on Wednesday morning.

The Supreme Court, the Delhi High Court and as well as the trial courts saw Passovers and adjournments been granted to many of the cases which had been scheduled to be heard in the morning as the lawyers and some judges faced traffic jams due to the waterlogged roads.

The Delhi High Court bench comprising of Justice Badar Durrez Ahmed and Justice Ashutosh Kumar also pulled up the Municipal corporations, PWD and the Delhi Jal board for failing to further clear the drains in the city, which always leads to waterlogging on the roads.

“We cannot tolerate this. Every year the same waterlogging is there,” said the bench, after being shown the photographs of waterlogging and also the blockage of drains near South Extension part 1, and blockages in Kushak Nalla, which drains water from the area”. 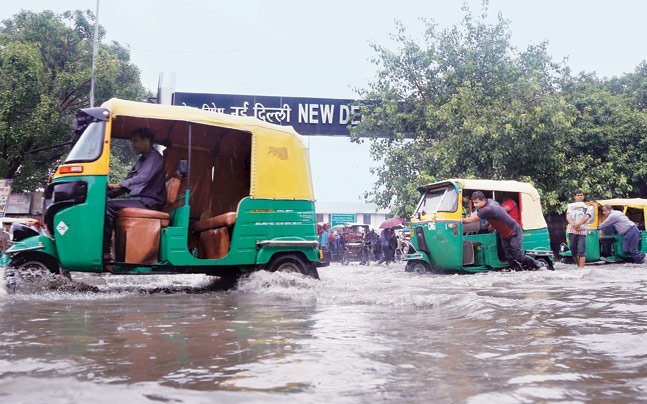 Justice Ahmed also mentioned that he had seen waterlogging on the road outside Vice-President Hamid Ansari’s residence which is at the Maulana Azad Road, while on his way to the high court premises on Wednesday morning.

“The roads have now become nallahs,” commented the bench, while perusing the photos submitted by the petitioners, who are RWA members of South Extension part 1.

The bench observed that pools of water that had been collected on the roads became breeding grounds for mosquitoes, which is further spreading the vector-borne diseases like dengue and chikungunya.

Another PIL, filed in 2012 regarding the lack of upkeep of the city’s drainage system, is also set to be heard on Thursday. The court in this regard has now directed DJB and SDMC to ensure that all clogging of drains in the area is cleared immediately.

Have a news story, an interesting write-up or simply a suggestion? Write to us at
info@oneworldnews.in
Tags
Delhi featuredhomeews High Court Nation Rains Supreme Court

Do it by 'Silence'