On May 26, PM Modi has completed 2 successful years in the power. Now the union is likely to reshuffle its cabinet, which would be just minor changes, before 6th July as Narendra Modi is leaving for 4-nation tour then.

States including Rajasthan, Assam, Uttarakhand and Uttar Pradesh will supposedly be gaining from the reshuffling. 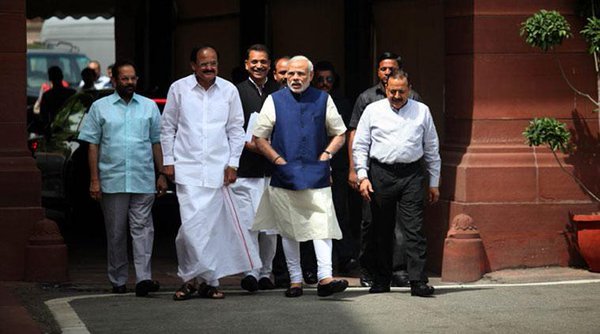 On Wednesday, Prime Minister Modi met Amit Shah, BJP chief when the speculation of a reshuffle in the government and the ruling party’s ranks were there.

Changes would include –
Above the age of 75 leaders will likely be given lesser responsibilities.

Power minister Piyush Goyal, minister of state with independent charge, is hiked for a promotion. Amit Shah will be continuing with same team.

Have a news story, an interesting write-up or simply a suggestion? Write to us at
info@oneworldnews.in
Tags
featuredhomeews government India National Political