Tata and Starbucks announced Monday a series of new initiatives, including the inclusion of single-origin coffee from India on their trips abroad, carry the mark and take Vistara airlines Himalayan mineral water markets in Asia Pacific.

Cyrus Mistry and Howard Schultz have taken several new joint initiatives that expand the Tata and existing Starbucks relationship and reinforce the commitment of companies to the development of the Tata-Starbucks brand and building a different kind of company in India, the statement said. 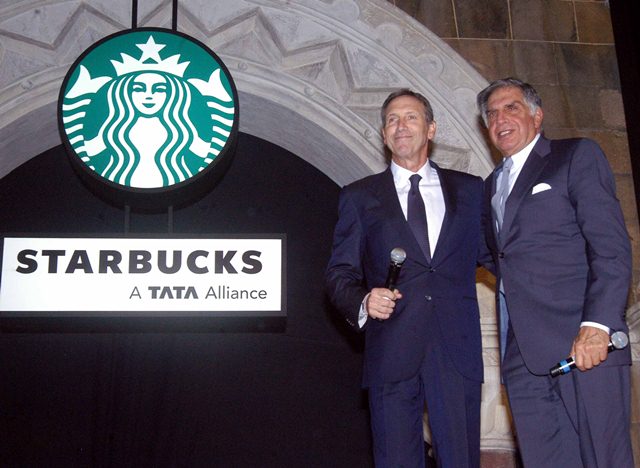 Starbucks also announced plans to increase its capacity coffee roasting to supply their stores in India. The first roasting and packaging plant opened in Coorg, Karnataka, in 2013, and has steadily increased its capabilities for roasting.

It will soon be expanded to include both coffees from Kenya and Sumatra for Starbucks stores across India. This is based on the commitment of the two groups to cultivate a future supply of high quality, sustainable green coffee from new existing and new sources in India through agronomic practices.

Why School makes me cry?