According to a recent study, the birdsong could offer clues to human speech disorders ranging from several common neurological disorders, including Parkinson’s disease.

Researcher say that songbirds have specific regions in their brains that allow them to learn and produce song, adding that researchers can study changes in those regions of the brain and link to the song leaves its peak.

Not only birds have similar development to human speech, but also share some same important genes in brain regions involved in speech production.

This suggests that if, Miller can understand how changes in the brain is helped by songbirds problems with the production of human speech could be solved.

Have a news story, an interesting write-up or simply a suggestion? Write to us at
info@oneworldnews.in
Tags
birdsong disease Disorders neurological Parkinson 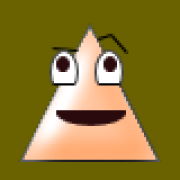 Knowing the genetic risk does not really help us!

Apple's hunt to establish its flagship stores in India!

Why must you invest in health insurance?

World Tuberculosis Day: Let’s get together to end TB

World Sleep Day Special: Why you should never compromise on your sleep?

How to break fever naturally? Here are few things you should do!

How to keep Dengue Mosquito away this season?

Stickers on Underwear can send signals to stop sexual assault