Nowhere is the bond as pure as brother-sister and their love is glorified with such grandeur as in India. Hindus celebrate this special relationship twice every year, with the festivals of Raksha Bandhan and Bhai-Dooj. Therefore, today we will know the significance behind this festival. We are celebrating Bhai-Dooj 2021, on 6 November this year.

What, When & How is it celebrated? 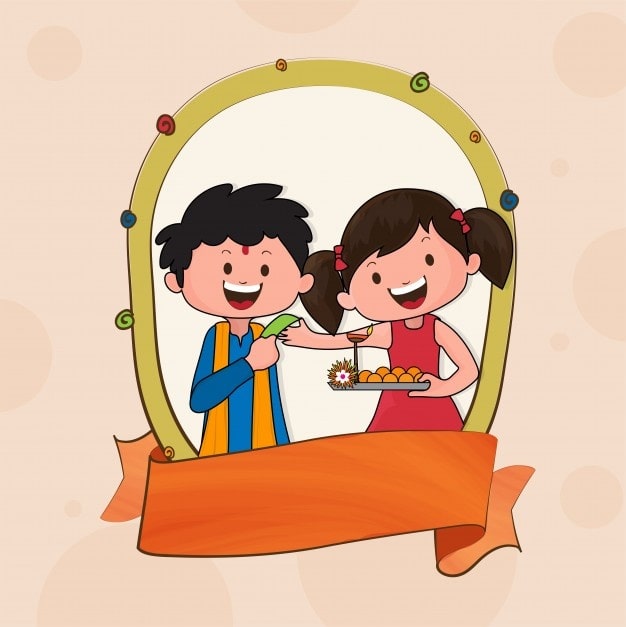 After the high voltage celebrations of Diwali, the festival of lights and fire-crackers, sisters all over India get ready for the festival of ‘Bhai-Dooj’ – when sisters celebrate their love by further putting an auspicious tilak or a vermilion mark on the forehead of their brothers and perform an aarti of him by showing him the light of the holy flame which is considered as a mark of love and protection from evil forces. Sisters are also lavished with gifts, goodies, and blessings from their brothers.

Bhai-Dooj comes every year on the fifth and last day of Diwali which falls on a new moon night. The name ‘Dooj’ means the second day after the new moon, the day of the festival, and ‘Bhai’ means brother.

This Bhai Dooj Send Love To Your Brother

In Bengal this event is called ‘Bhai Phota’, performed by the sister who religiously fasts until the sister applies a ‘phota or phonta’ or mark with sandalwood paste on her brother’s forehead, offers their brothers sweets and gifts, and prays for his long and healthy life.

Every brother in India eagerly awaits this occasion that further reinforces the bond between brothers and sisters and their affectionate relationship. It’s an opportunity for a good feast at the sister’s place, coupled with an enthusiastic exchange of gifts, and the merriment amid the resounding conch shells in every Bengali household.

Bhai Dooj is celebrated as “Yama Dwitiya”, in Bihar. It is completely different from the other states. It is believed that Yama, the God of Death and Dharam, takes along those people who were never cursed by others.

Therefore, during “Yama Dwitiya”, as per tradition, sisters hurl curses and abuses on brothers, in hope of keeping Yama away from them. Thereafter, the sisters have to pierce their own tongues as a punishment and seek forgiveness.

In Maharashtra, the festival of Bhai Dooj is known as “Bhau Beej’. As per tradition, the sister makes a square on the floor and the brother has to sit in it.

Thereafter, she applies tika on his forehead, does aarti, and eats a fruit known as “Karith”. Also, their sister prays for her brother’s well-being and prosperity.

The festival is celebrated as Bhatru Dwitiya in Odisha and South India. It celebrates the bond of love between Yama the God of Death and his sister the Yamuna. Yama Puja is also observed on this day and on the very next day Sodari Tritya is observed.

Further, like all other Hindu festivals, Bhai-Dooj too has got a lot to do with family ties and social attachments. It brings with it some good times, especially for a married girl, to get together with her own family, and share the post-Diwali glee.

Nowadays, sisters who due to some reason are unable to meet their brothers send their tika – the spot of protection – in an envelope by post.

Virtual tilaks and Bhai-Dooj e-cards have also made it even easier for brothers and sisters, who are far away from each other, especially to remember their siblings on this propitious occasion.

How are you celebrating Bhai-Dooj 2021? Tell us in the comments.

Have a news story, an interesting write-up, or simply a suggestion? Write to us at info@oneworldnews.in

Census Reports: 27% of differently-abled children have never been to school