Saffron Group approached the police against the sale of Kamasutra book

Khajuraho Temple is a UNESCO World Heritage site in Madhya Pardesh’s Chhatarpur district. Bajrang Sena, the right-wing activists are seeking for a ban on the sale of Kamasutra books in the temple premises. Khajuraho is the land of Kamasutra.

On Tuesday, activists of bajrang sena approached the Chhatarpur police, alleging that Kamasutra books and obscene figurines were being sold inside the premises of the Western Group of Temples.

The activist under the leadership of its President of Khajuraho unit, Jyoti Aggarwal, filed a memorandum of their demands to the sub-divisional officer of police, Israr Mansori, district Khajuraho. They alleged that it was against India’s tradition and culture. They are demanding action against the selling of obscene and nude figurines and Kamasutra book.

“Such things are readily available inside the temple premises under the very nose of ASI and tourism department officials. Such things affect the image of Indian culture and traditions in the eyes of the foreigners,” said Jyoti Aggarwal, President of Bajrang sena, Khajuraho District.

She added, “Whatever has been depicted can’t be allowed to happen here now. What sort of moral values are we passing on to our younger generation? These temples have religious significance. There is a Shiva temple here. How can you allow Kamasutra to be sold in the sacred premises?”

Sale of Kamasutra books has been a part of the history of Khajuraho temple and since ages, tourists go there to learn about ancient knowledge and also to study the life in ancient time. 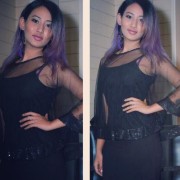 Kingdom in Dream – The Prime Minister, a book on Agri Crisis

Have you ever been stalked? This question has been asked to several women several times and most of the time – The answer is Yes! In the year 2018, India reported a stalking case every 55 minutes. According to a report, the number of cases reported in the country has been rising since 2015. Recently, we took part in a conversation on Clubhouse where women were discussing how stalking impacted their mental health.

Read NOW to Find Out
Close