Baisakhi 2022: Baisakhi festival will be celebrated on April 14 this year, marks the new year of Sikhs. It originated in 1699 and was organized by the tenth Sikh Guru, Guru Gobind Singh, from Khalsa. It means to create the brotherhood of saints and soldiers to fight against oppression.

Sikhs all across the globe celebrate Baisakhi every year with great joy and enthusiasm. It is the first day of the Vaisakh in the Sikh calendar, which falls around mid-April every year.

Read more- Why Sikhs Serve? A Tradition inspired by Love

Vaisakhi is the day the Khalsa was created. The year 1699 is the birthday of the Khalsa. For Sikhs, Baisakhi is celebrated in different ways. For over a century, leading up to 1699, the Sikh Gurus, and the Sikh congregations gathered up together and engage in meditation, service, and celebration.

After his death, Guru Gobind Singh, on the historic Baisakhi Day, kept the congregation of Sikhs at Keshgarh Sahib in 1699. Gobind Singh stood on a platform in front of a large congregation and demanded, “Is there any child of a Sikh who is willing to give their head?” This was the test of faith, love, devotion, and sacrifice. The five beloved Sikhs, who offered themselves one by one, passed the test of the Guru. They are known today as the Five Beloved Ones.

The Guru blessed them with Ambrosial Nectar and liberated them from the cycle of birth and death. Moreover, they believed that they were still living in the world and serving. They represented the leadership of the collective and pure army known as the Khalsa. This event marked the visible sprouting of the teaching of all the Sikh Gurus.

How Baisakhi is celebrated? 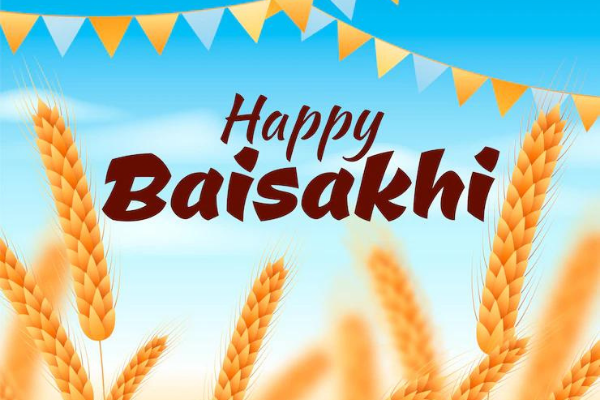 To celebrate Baisakhi, Sikhs will visit places of worship called Gurdwaras. These will also be specially decorated for the occasion.

Many people enjoy parades and special processions through the streets called Nagar kirtans.

The book is carried in the processions in a place of honour.

Celebrations traditionally include singing and music, reading scriptures aloud, and chanting hymns. Farmers in Punjab will also use Baisakhi to give thanks for a plentiful harvest and pray for a good one in the year to come.

The festival also marks the harvesting season and is celebrated with immense joy across the country. The festival is not just as superficial as eating and dancing. This is the birthday of those great martyrs in our history who sacrificed their lives for others. For Sikhs, the importance of Baisakhi is to be liberated from our vices.

Team One World News wishes you all a very Happy Baisakhi 2022.