Tiger Shroff’s much-awaited flick Baaghi 2 has already hit the theatres. It is the sequel to Baaghi, which was released in the year 2016.  Tiger Shroff was appreciated for his performance in Baaghi and now, he is back with Baaghi 2. The film has the crackling chemistry of Tiger and Disha Patani. Apart from it, it has taken the action a notch higher with power-packed stunts and high octane action sequences.

The film has a powerful cast including Randeep Hooda, Manoj Bajpayee and Deepak Dobriyal.  The action thriller will keep you engrossed in the film.  Disha and Tiger’s sizzling chemistry is another brownie point for the film. Talking about Tiger Shroff, he has evolved as an actor. He was emoting with every dialogue and scene nonchalantly.  Talking about the music of the film, there is no chartbuster in the film.

Overall, the film is a full-on masala, but the plot of the film is quite predictable.  We rate the film 3 stars.  So, this weekend gets to ready for the high dose of action. 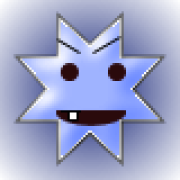 Let us break some Bra Myths: 7 secrets of Bra!

Redefining the ‘Real Man’ of our society