Avengers Endgame becomes the first Hollywood movie to earn more than Rs. 50 crore on day one.

Oh My God! Can you believe it! A Hollywood movie earning more than the Khans movie on day one without any festival. The numbers achieved by Avengers are mind-boggling. Avengers: Endgame earned 53.10 cr in India in all languages. Total gross for movie reached to 63.21 cr. which released in Hindi, English, Tamil,Telugu. It Collected Rs 1,186 crore worldwide on the day of its release. The movie also broke the record of Star Wars: The Force Awakens in paid previews show as it collected Rs 419 Crore on Thursday evening US previews.

It broke the record of Thugs of Hindustan

Robert Downey Junior starrer movie has become the second highest earned movie on the first day in Bollywood Industry. Bahubali had earned 121 crores in all language on day one. Directed by Russo brothers, movie removed Thugs of Hindustan from 2nd position which earned 52 crores on day one. The movie released in 2845 screens in India in four languages. 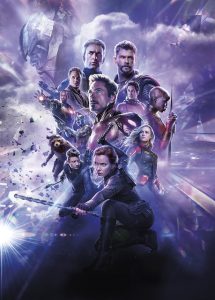 This is an eye-opener for the industry which thinks only festive time yields results.  This movie is also a lesson for the Indian film Industry. The predecessor of this movie Avengers: Infinity War earned Rs. 31.30 cr. in 2000+ screens which released in April 2018.

A record advance booking for the movie

As per the release by Bookmyshow this movie has already sold 20 lakhs tickets in advance booking and a lot of footfalls are expected over weekends. Hardly any completion will ensure Avengers reaching 150 crores in 3 days weekend. It will be interesting to see how the movie performs in weekdays.

Read more- Top 10 TV Series You Must watch before dying

The movie is about superheroes who are looking to avenge their friend’s death from Thanos. Thanos played by Josh Brolin is a mass murderer and kills half the population on every planet he visits. Chris Evans starrer is the 22nd movie in the Marvel Cinematic Universe.

Jennifer Winget is looking ‘Beyhadh’ beautiful in these pics, take a look!

Fashion Game: Bring me a T-shirt and I will slay!!