Nirhbaya Squad was formed, Maitri Patel, Assam girl wore shorts to the exam, and others Women in News last week

Last week has remained to be full of gender-based crime and the highlight of the week can be seen as the case of an Assam girl who wore shorts to the exams and was then asked to cover herself with a curtain. Here’s a list of all the news related to women from the last week.

According to local reports, a Pakistani lady died after her ex-husband reportedly assaulted her with acid for filming TikTok videos. She died as a result of the injuries she received during the attack last month. She was identified as Rimsha, a 19-year-old woman by ARY News as having fought burn injuries for three weeks.

After examining a report presented by a court-mandated medical board, a panel of Justice Ujjal Bhuyan and Justice Madhav Jamdar issued the decision last Thursday. The order reads that continuing the pregnancy in a minor may result in pregnancy-related problems, including a negative influence on the pregnant minor mother’s mental health. The medical board has advised medical termination of pregnancy in certain circumstances. The minor’s mother filed a petition requesting authorization to terminate the pregnancy.

Groom touching bride’s feet after the wedding, the video gets viral

In a viral video of a wedding, a groom caressed his bride’s feet in an attempt to create equality in the relationship. The memorable event was recorded in a video that has now gone viral. Piush Avchar, an Instagram user, shared the footage. The bride bows down to touch the groom’s feet in the video, but he refuses. Instead, he knelt and kisses her feet. His act astounded the bride. She is seen leaping backwards. The video appears to have been taken after their wedding rites were completed. The video has received over 2 million likes and has been seen over 34.5 million times.

One Year of Hathras Rape case

Last week marked one year of Hathras Rape case. Last year, a 19-year-old was gang-raped to death in Hathras District of UP. The case was of the caste-gender based violence where Thakur men raped the Dalit girl. The country was outraged by this heinous gang rape, murder, hasty cremation, and subsequent handling of the matter, and citizens rushed to the streets to demand justice.

India was represented at the Met Gala 2021 by Hyderabad-based philanthropist Sudha Reddy. Falguni Shane Peacock created her costume, which was inspired by the American flag.

The theme for the Met Gala in 2021 was ‘American Independence.’ The celebs that attended the event wore expensive clothes that were representative of American culture. Sudha Reddy referred to her ensemble as a “masterpiece of Indian craftsmanship.” Reddy was the lone Indian on the red carpet at the star-studded worldwide event in New York, according to sources.

Reality show “The Activist” starring Priyanka Chopra, Usher, and Julianne Hough drew backlash online due to what some see as a flawed premise. The Activist is a competition series that includes six outstanding activists and three high-profile public personalities working together to create significant change to one of three crucially important world causes: health, education, and the environment. Priyanka Chopra is being called out for her performative activism.

Couldn’t they just give the money it’s going to take to pay this UNBELIEVABLY expensive talent and make this show, directly to activist causes? Rather than turning activism into a game and then giving a fraction of the much needed money away in a “prize…?” People are dying. https://t.co/GLCUZcGgfb

Recognising pioneers, icons, leaders, titans, artists and innovators, TIME magazine released its list of 100 most influential persons of 2021 on Thursday. Among them is Manjusha P Kulkarni, an Indian-American activist for change fighting to end racism against South Asian ethnic communities in the United States. She currently serves as the Executive Director at the Asian Pacific Policy and Planning Council (A3PCON), a coalition of organisations working for the rights of the oppressed.

At the 60th National Open Athletics Championship in Warangal on Thursday, the 20-year-old athlete sets a new national record. In exactly 4:05:39 seconds, she completed the 1,500-metre race. Sunita Rani had owned the previous record, which she set in the Busan Asian Games in 2002. Now it’s Harmilan Bains holding it.

In Assam, a 19-year-old girl was compelled to wrap a curtain around her legs before sitting for a test because she was wearing shorts. The Assam Agricultural University has launched an investigation into the event due to public outrage. The teen’s family has made no official complaint. On Wednesday, the student travelled to Tezpur from her village of Biswanath Chariali to sit the Girijananda Chowdhury Institute of Pharmaceutical Sciences admission test (GIPS).

Savdhan Rahe, Satark Rahe! From The Fake News Of The Week 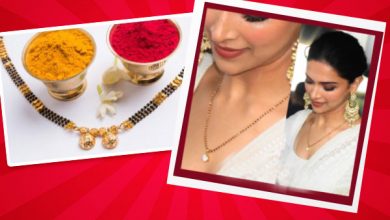