Humans’ relationship with pets is known to be a special kind of love with many consider them like their families, dear friends and love & support giver. Many studies have revealed that adding pets like dogs, cats to your life can bring physical, emotional, and social benefits and can also help relieve stress, anxiety and loneliness.

However, despite the connection between humans and pets, not all dogs and cats find a caring home.  Many cases have been reported that some people abandoned their pets after their purpose is over for pleasure which is why people working for animal rights must find ways to deal with such creeps with negligent behaviour.

THE REALITY THAT SUCKS IN INDIA

Around 80 million dogs and cats are either roaming or living on the streets or in animal shelters in India according to the survey conducted in 2021 by Mars Petcare India.

The survey in partnership with an advisory board of leading animal welfare experts in its ‘State of Pet Homelessness Index’ report further states that, compared to countries like the United States of America, Germany and China, India is way ahead in abandoning pets and scored an overall index tally of 2.4 out of 10.

The low rating underlines the need for a more coordinated effort to address challenges of pet homelessness in India like relatively low companion animal sterilisation and vaccination, a high percentage of canine diseases, including rabies, and perhaps majorly the absence of strong enforcement of laws on animal welfare and against cruelty to animals, especially at the local government level.

HORRORS OF ANIMAL CRUELTY IN INDIA

Shockingly! India is a country known for worshipping animals as a part of its culture. Creatures like holy cows, tigers, lions, mouse and monkeys are believed to have a cultural connotation that combines various religions but despite this, the cases of animal abuse and the severity of abuse have been on a higher graph.

One of the Supreme Court rulings earlier was that animal abuse caused by “legitimate” reasons is not cruelty.

Several animal cruelty cases and reports go unreported in India which are mostly related to dogs, cats, horses and livestock such as cows, buffalos and goats.

Over 5 lakh animals were brutally abused by humans in the last 10 years according to the report revealed by the Federation of Indian Animal Protection Organisations (FIAPO) and All Creatures Great and Small (ACGS).

A dog raped, a monkey/dog hung and beaten to death, a dog tied to a scooter and then thrown off a building, puppies poisoned by nursing students, a pregnant elephant died after consuming fruit loaded with firecrackers, such are the stories that appear in newspapers and news channels, or on social media all the time.

A post shared by Pictures May Be To Graphic (@animalcruelty__)

According to a survey, millions of animals are killed for meat every month in the United Kingdom – however, not much is heard about the people doing the killings.

10 Animal Welfare Instagram Pages that all of us should check

CONFESSIONS OF A WORKER FROM SLAUGHTERHOUSE

Many abattoir workers have described their job, and the effect they had on their mental health.

“We humans have become monsters? We have created slaughterhouses designed to kill animals. Anyone, who has never been to slaughterhouses then let me tell you how does it look. They are the most filthy, dirty places you can find on this planet.

There are animal faeces on the floor, and the walls are always covered in blood. The smell of dying animals surrounds you and never go away. Why would anybody choose to visit, or let alone work in a hell like this?” said a 34-year-old working in a slaughterhouse in North India.

A post shared by Pictures May Be To Graphic (@animalcruelty__)

“Every day, I feel like hundreds of pairs of eyes watching me, accusing me of killing them whereas others seem to be pleading and wondering maybe a change of heart would save them. It feels disgusting, terrifying and heart-breaking, all at the same time,” he added.

“There are many who are suffering from depression, due to long hours of relentless work and being surrounded by deaths. Some of us even get suicidal thoughts & sometimes at night, when I close my eyes and try to sleep, I wake up screaming”, he further added. 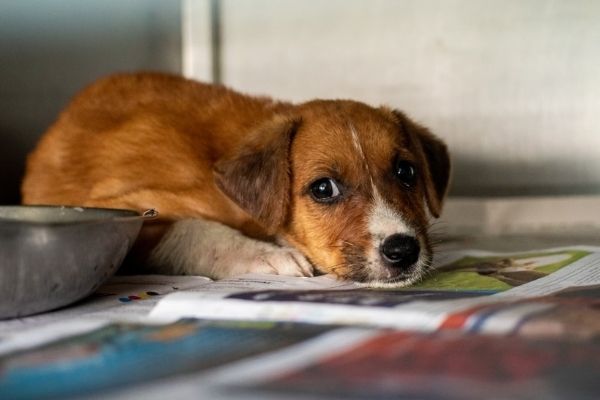 Intentional cruelty involves inflicting pain and harm on animals which can take several different forms, including:

Cruelty by negligence behaviour often occurs out of ignorance which includes:

Here are some shelters you can visit: