Amitabh Kant, CEO of NITI Aayog, found himself in trouble when he was quoted by Hindustan Times as saying, “Too much of democracy is hampering reforms in India” in a virtual event organized by Swarajya Magazine. Kant took to Twitter to deny the accusations and tweeted, “This is definitely not what I said. I was speaking about MEIS scheme & resources being spread thin & need for creating global champions in the manufacturing sector.”

In a video clip which was shared on Swarajya magazine’s YouTube channel, Kant said at one place, “Tough reforms are very difficult in the Indian context. We are too much of a democracy. For the first time, the government has had the courage and the determination to carry out very hard-headed reforms across sectors – mining, coal, labour, agriculture.”

He also said, “In India, we are too much of democracy so we keep supporting everybody” and elaborated, “For the first time in India a government has thought big in terms of size and scale.” He added “We want to produce global champions. Nobody had the political will and the courage to say that we want to support five companies who want to be global champions. Everyone used to say I want to support everyone in India, I want to get votes from everyone.”

It is clear in both the instances that Amitabh Kant is referring “too much of democracy” as a hindrance in carrying reforms and producing global champions. His statements indicate, how for the first time, a government is hard-headed in approach instead of spreading the resources thin to please and support everyone.

The Hindustan Times article and tweet were based on a Press Trust of India report. After Kant’s reaction, Hindustan Times deleted both the article and the tweet. The link now takes to a page which says, “This story, sourced from news agency Press Trust of India, has been withdrawn.”  However, the PTI news is still available on other publications like India Today, Financial Express and The Indian Express.

We need to understand the statement of Amitabh Kant and what he wanted to say. Did he mean to say that the political party which is in power remains under the pressure of the citizens all the time as they have to worry about votes? Did he mean to say that every reform will somehow make some section of society unhappy? Let’s understand with some examples if there is really a thing called “too much of democracy” and is it truly hurting the reforms in the country.

Read more: From farmers-government tussle to GHMC election results, a week of possibilities Democracy is facing its greatest crisis in the west. Internally the populist leaders are challenging it, externally authoritarianism in China and Russia is challenging it. Hungary’s Prime Minister even said, “The era of liberal democracy is over.”

Analysts believe that democracy is failing in some countries because of slow growth, welfare-state cutbacks, and rising inequality, which has increased the insecurity amongst middle and working-class. It has also increased the fear of social divisions, future in the western countries

Some believe that social grievances should be blamed for the failure of democracy. These include traditional norms about religion, family life, sexuality. Mobilization of oppressed minority groups has interrupted existing hierarchies, making many citizens angry, especially in the United States.

There is a feeling of dissatisfaction with democracy amongst people because it has not been able or has been unwilling to deal with the concerns and demands of the citizens. There have been instances when the government and political parties have been less responsive against a certain section of society.

Amitabh Kant’s comment came in the context of farm laws. He meant to say that the government wants to reform the agriculture sector by these 3 new laws but farmers are complaining against it. Because India is a democratic country, these farmers have the right to demonstrate. Had Indian been an authoritarianism system, these laws could have passed without any a problem and opened ways to development.

However, it is to be understood that farmers across the country have not united just because of these 3 new laws. They have a bigger reason. The Indian agriculture sector has been in deep crisis for a long time as the cost of cultivation has increased but the agricultural incomes have stagnated or declined. This has increased high levels of unsustainable indebtedness. Yes, the condition is not new but it has only deteriorated in the past decade despite the claim of double-income. Farm income is at a 14-year low, rural wage growth has remained the same and access to formal credit has decreased in the last 6 years.

Protests that have affected the laws, policies and government in India

Do you remember the 2011 ‘Anna Andolan’ which almost brought the Congress government on its knees? A massive protest broke out against corruption and for the appointment of Lokpal Bill. Many say that it was this anti-corruption Andolan which paved the way for NDA to form government in the state.

The Supreme Court of India had put a ban on the traditional bull-taming sport Jallikattu after several complaints about animal cruelty by PETA. The people of Tamil Nadu didn’t accept the ban and protested saying that the sports are central to their cultural identity. Around 2 lakh people had come out on street near the Chennai’s Marina beach to show support against the bill. Later, the Tamil Nadu government had to pass a bill to amend “prevention of Cruelty of Animals Act” and which legalized the Jallikattu.

There were huge protests across the country against the Citizenship Amendment Act. Students from more than 40 central universities protested against the law, which they called discriminatory to Muslims. Shaheen Bagh and Jamia Nagar became the main hub of protest against the bill. Amit Shah who promised a nation-wide NRC, had to drop the plan for time-being.

In November 2018, around 35,000 farmers from 24 states marched to Delhi to demand legislation for a guaranteed MSP (Minimum Support Price) and freedom of debts.

When the farmers marched: In November last year, around 35,000 farmers from 24 States marched to New Delhi to demand legislation for a guaranteed minimum support price (MSP) and freedom from debts. In March 2018, around 40,000 Adivasi farmers walked from Nashik to Mumbai, a distance of 180 km. They demanded implementation of loan waiver, implementation of Swaminathan Commission, land titles and more.

We witnessed massive protests in 2013 when the Supreme Court over-turned a 2009 High-court judgement which struck down some portion of Article 377. After looking at the massive protest and discussing it in the court, the apex court decriminalized same-sex relations. It had said that criminalization under section 377 is indefensible, unconstitutional, manifestly arbitrary and irrational. As a result, the LGBTQI+ community got a huge boost and they came out to their families. It gave them recognition in society, gave access to public places and ultimately their identity back.

Now, we leave you up to you to decide whether the so-called “too much of democracy” is good or bad for India. After all, a country needs to think about the welfare of every citizen of the country.

MAN-Made, Camera-MAN, Post-MAN, Is Man = Humans? What is the language of Gender Equality? 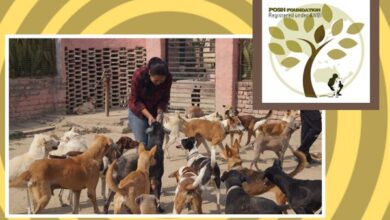