Shloka Mehta is all set to become Ambani’s bahu!

If there is one name which is doing rounds on the internet for a couple of days,  it is Shloka Mehta. India’s richest man Mukesh Ambani is all set to welcome his daughter- in -law in his Family. Well, Mukesh Ambani’s elder son Akash Ambani is already engaged to a diamond girl Shloka Mehta. The engagement took place on March 24, 2018, in a five-star resort in Goa. And from thereon, the next day, Ambanis and Mehtas visited the famous Siddhivinayak Temple in Mumbai.

Who is Shloka Mehta?

After all, everyone is curious to know about this lucky girl.   Shloka Mehta is the youngest daughter of diamantaire Russel Mehta and Mona Mehta, who own Rosy Blue Diamonds.  Akash Ambani and Shloka Mehta studied in the same school, the famous, Dhirubhai Ambani International School owned by the Ambanis themselves. That is where they met. Post her secondary education, Shloka went on to study anthropology at Princeton University and later, she also studied at London School of Economics as a Master’s student in law and anthropology. After his secondary education, Akash Ambani went to study economics at Brown University in the US. After that, he got involved in his father’s business. Currently, he is the chief strategist at Jio, a 4G service provider. Akash Ambani is also the co-owner of Mumbai Indians, a domestic cricket team in the IPL franchise. 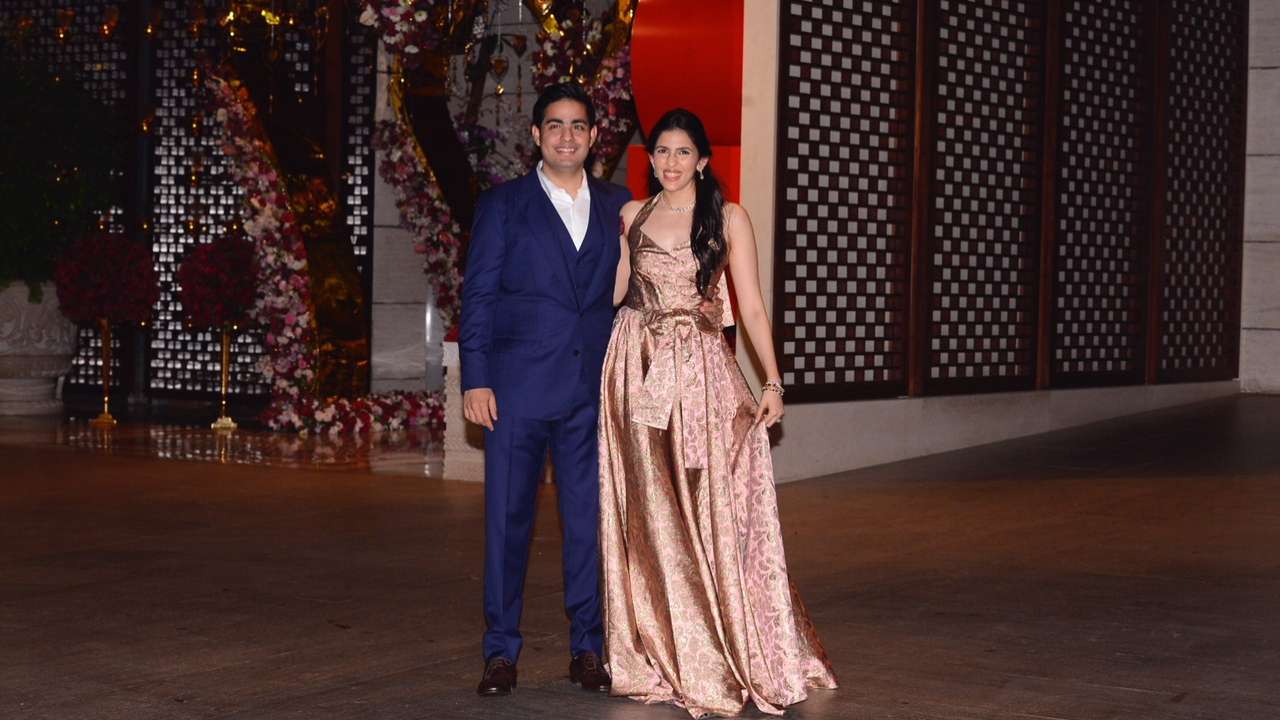 The rumors were on the air  when a source close to the Ambanis said, “Shloka is a very charming girl, extremely cultured and it’s difficult to say which of the two families is lucky with this upcoming marriage.”

However, another source refused such news and was quoted as saying, “No dates of either the wedding or engagement of Akash Ambani have been finalized. As and when any good news is to be shared, the family will be delighted to share with everyone.”  But a few weeks later, Nita Ambani said, “Mukesh and I as parents have given our children the freedom to choose their life partners. When my son decides to get married, to whoever it is, we are going to welcome him and wish him all the happiness in the world.”And finally,  day come on March 24, 2018, Akash Ambani and Shloka Mehta exchange rings in Goa. As soon as their engagement pics surfaced online, they became viral. Post the engagement, a day later, Ambanis and Mehtas visited the famous Siddhivinayak Temple in Mumbai to seek blessings from God.

Post engagement grand party  Ambanis hosted a post-engagement party at their famous residence, Antilla. It was obviously a star-studded affair and many leading names of Bollywood were present to grace the occasion. Few names included Shah Rukh Khan, Gauri Khan, Aishwarya Rai Bachchan, Karan Johar, Katrina Kaif, John Abraham, Rajkumar Hirani, Zaheer Khan, Sagarika Ghatge, Harbhajan Singh, Kiran Rao and many others. According to the latest buzz, Akash Ambani and Shloka Mehta’s wedding would take place in December. The wedding will be a supremely glamourous 5-day-long affair and would happen in India itself. Reportedly, the dates are falling between December 8 and December 12

7 upcoming 'exotic' festivals of India that you just can't miss

Mahavir Jayanti Special: Mahavir's teaching that one should follow to lead a happy life