Is it difficult to make peace with the age of a woman?

There are so many issues that women face on an everyday basis, especially in India there is a long way to go. But that doesn’t mean things are not changing. They are of course. Women are breaking conventionalism and are setting a benchmark. More and more women are wearing the hats of entrepreneurs. They choose to be their own boss and are uplifting other women. They crave for equal opportunities and fair competition. But the question is, do they get equal opportunities? Empire cannot be built overnight, and the path could not be the bed of roses. We agree to this -but what if you have to face discrimination? Just because you are a woman.

Ageism – When you are discriminated against or not given equal opportunities because of your age. Sexism – When you are discriminated against on the basis of your gender. Be it personal or professional, women have to face ageism and sexism at some point of time in life. When it comes to work and business, ambition is negatively associated with women. A lot of men are more inclined towards their gender when it comes to seeking advice. It is often perceived that it is difficult for a woman to run a business and often after a certain period of time they are not offered work. When it comes to setting up a business, people look for young talent instead of valuing experience.

Ageism is deeply rooted in the dynamics of our so-called progressive society. According to the latest data, there are 600 million people who are 60 and older in the world and it is expected to double by 2025. According to a report published in a leading daily, a lot of women stop getting work after 40 and men after 45. Now, this is a clear sign of ageism. It becomes difficult for people to start something new and live up to the expectation after a certain time, it is even harder for women.

When I turned 40, I wanted to start off something of my own. I met a couple of investors and talked about my potential idea. I knew I could, but age became a factor. Even my friends and family told me not to invest and save for my children. The only advice I got was to sit in the house and relax. People judge you by your age. They pass sexist comments and they expect you to make a sacrifice for the sake of other family commitments”, says Priti Singh, 45, Business Consultant. 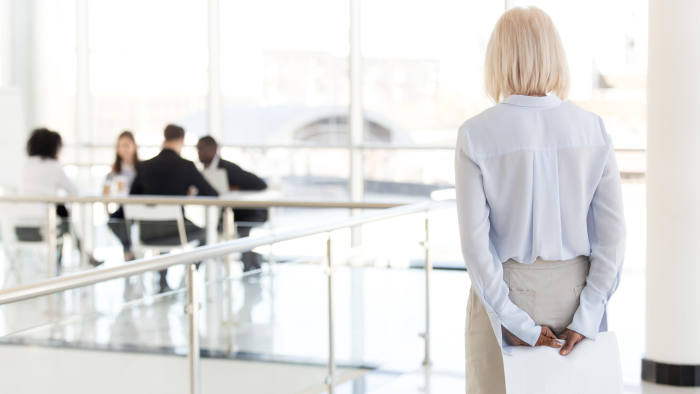 It is Double whammy for Women

Men too face ageism when it comes to work opportunities, but it is a double whammy for women.  A lot of women face ageism when they are young. Starting off something at a young age brings the hassle of ageism and sexism for them. They are often not taken seriously. There is a common expression such as – “Ladki hai kya technical Cheeze pta hongi, she is too young abhi thodi na itna idea hoga. ” Gender pay gap and male counterparts being inclined towards males always remain an issue. When a woman becomes an entrepreneur, she has her own fair shares of struggles. We need to admit that it is way more than men. Being heard, telling others to believe in her ideas becomes very hard, keeping in mind that women in our society are still associated with raising a family.
In the year  2018,  we got a chance to interview the founder of Make Love Not Scars, Ria Sharma, she addressed the issue of battling sexism and ageism. She said when you are young people do not take you seriously, especially if you are a woman.
Take a look here:

Well, ageism is not limited to one industry. It is prevalent everywhere. If you are young, you are more vulnerable to wrong decisions and manipulations. On the other hand, if you are at a certain age, it will become a barrier. But can we say things are changing? Yes, definitely. The only thing we have to do is – Do not give up. There are strong women who are breaking the stereotype and proving age is just a number. From Priya Paul, the chairperson of Park Hotel to Suchi Mukherjee, founder of Lime Road to Falguni Nayar, founder of Nykaa, these women have proved that age is just a number. Believing in your idea is very important if you want to be a game-changer.