On a bright sunny day, inside PVR Cinemas Gold Class, Avalokita Pandey and A. Kameshwari from One World News caught the leading cast, Varun Dhawan and Ileana D’Cruz, of the movie ‘Main Tera Hero’ in a candid conversation.

Varun: Well, my character’s name is Srinath Prasad, mostly called Seenu. Seenu comes from a small town and has never taken his life seriously, and as the trailer says, he has been rusticated from fifteen schools and ten police-men have taken transfers because of him. So, if I am asked how much I relate to him, then I’ll say I don’t relate much, because I have been taught to be quiet even if it is not my fault and there is a god above us to take care of everything.

Ileana: I am playing the character of Sunaina, who is a shy, mysterious girl who never reveals about herself. Then, she comes across Seenu, who irritates her every now and then, but she is still amused with him. Inevitably, she falls in love with him and the story moves on showing how love brings chaos in their lives and how Sunaina becomes a part of Seenu’s journey. I relate a bit to Sunaina but not much.

Whose Hero are you in real life?

Varun: Ummm, it is hard to say anything about it, because I am not yet a hero for anyone. But yes, I feel like a hero these days, when I save Ileana and Nargis from the crowd we witness wherever we go.

Who is Hero for you?

Ileana:: For me, anyone who inspires you, gives you strength, make you what you are, is a hero. Like for me, my mom is a hero because she has been my backbone in every step and it is totally because of her that I am, what I am today.

This is the first time you have kissed on screen, so doing it in front of your father, how was it?

Varun: (Laughs! And counter questions) what do you think how would it have been? (Laughs) It was amazing to kiss in front of my father… emotions that have never been felt before.

Truly speaking, we never talked about it much. At a point, my father wanted to make it a fake kiss, but in this generation it is lame to bring out a flower from nowhere, when you are trying to kiss. Audience is quite knowledgeable about such stuff. I was watching ‘Chashme Baddoor’ with family, and a scene of kiss appeared, where the moment Ali and Tapsi are trying to kiss a flower appears over the face, and my cousin who is fourteen and from Delhi itself, shouted “Arre ye toh fake kiss hai.”

What is your fitness regime and diet?

Ileana: Trust me, I eat everything. I should give you example of today’s intake. I had Kashmiri Pulao, Kebabs, Paneer Tikka, Rajma and after that black-forest as dessert. I don’t know why people think I have good bikini figure. I am very conscious about my figure, I do squats in between my shots and a lot of running has led me to this figure.

Varun: I eat all that Ileana offers. (Laughs) Well, she brings food for herself and till I don’t eat, she keeps on pestering.

You have matched to the beats with Shahid Kapoor and now with Varun Dhawan, how easy or difficult it was for you?

Ileana: Well it’s been extremely easy to dance with Varun. Yes, few shots were difficult but we had great time shooting together. We actually felt like being in a club, where people were dancing and we had a great time to ourselves. If you watch the movie, you will also see the joy we had in shooting the songs.

If you had a chance to work with an actor from yester decade, who would it be?

I haven’t thought about it, but if I had a chance I would have worked with Sanjeev Kumar because he was an accomplished, effortless and a controlled actor. Even my father liked him a lot.

How is David Dhawan as a father and as a director?

As a director, he is no less than a lion. He shouts so much on everyone. But as a father, he is extremely caring. He doesn’t like me going out for late nights and advises to sleep by 10 because he says “Raat ke 10 baje ke baad sab galat cheezein hoti hain.” He doesn’t even like shooting late nights. Yes, he is strict, but he is also my friend. I am happy I got the opportunity to work with him.

“I am glad I could work with my father. I have been watching his movie since childhood. He is my inspiration and I have worked really hard for this movie. Also, as I have been saying earlier, I have done this movie because of emotional reason rather than commercial. This movie has a lot of elements which brings back David Dhawan’s comedy. There have been a lot of movies of comedy genres, but they weren’t remarkable enough, and the characters weren’t strong enough to stay in audiences mind for long time, so this movie is expected to spread the David Dhawan’s magic back on screen. It caters to all age-group and after a long time a family entertaining movie.” says Varun Dhawan.

The movie is produced by Balaji Motion Pictures and directed by David Dhawan. Music is given by Sajid-Wajid and editing is done by Nitin Madhukar Rokade.

Have a news story or a write up? Write to us on info@oneworldnews.in 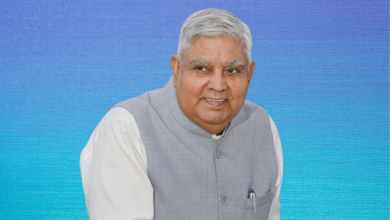