Start your week right with some positive and good news

From suspension of farmers’ protests to Vicky-Katrina weddings, a lot of things buzzed all this weekend. Hence, we came up with some good news. Start your week right with 7 positive and good news!

Meet Matilda Kullu, an Accredited Social Health Activist (ASHA) worker from Sundargarh district in Odisha who has been listed among the most prominent women personalities in the country by Forbes India. pic.twitter.com/Bt0W0ZKELV

Sundargarh based ASHA worker Matilda Kullu made it to Forbes India’s W-Power 2021 list for her work during the pandemic in Odisha.

Apart from creating awareness among villagers on health services, her duties include medical care for pregnant women and mothers, antenatal/postnatal check-ups, immunization, and much more.

Dev Pratap ran away from home and was a ragpicker. He was addicted to drugs and even began robbing people to find the money for drugs.

Life took a turn when he was sentenced to a jail term of 15 days, and the kindness of a stranger transformed him.

The stranger gave him a job as a waiter and now he is the store manager of a reputed company.

He now serves the slum people by providing meals and an education setting called Voice of Slum, which offers education to over 800 slum kids. 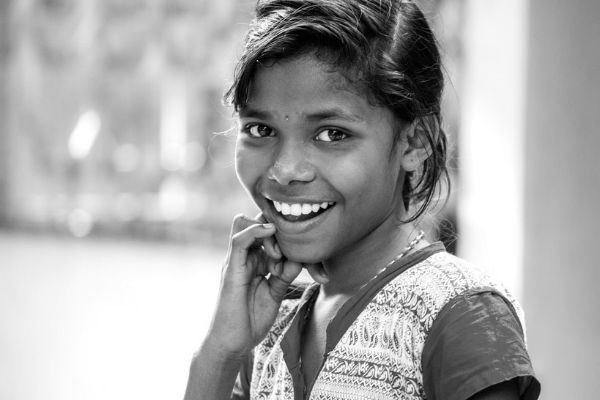 Madhya Pradesh government’s Ladli Laxmi Yojana (LLY), a flagship scheme to uplift the girl child aims at issuing a crackdown on female infanticide, changing the conservative mindset on the upbringing of the girl child.

On turning 21, the girl becomes entitled to ₹139415 girls have benefitted under the LLY.

A team of innovators at the Indian Institute of Technology (@iitjodhpur) and All India Institute Of Medical Science (@aiims_jodhpur) in #Jodhpur has developed low-cost 'Talking Gloves' for people with speech disability, the institutes announced. pic.twitter.com/X1M7GisJJi

In what could be a significant breakthrough for persons with speech disabilities, doctors and engineers from the AIIMS Jodhpur and IIT Jodhpur, have developed low-cost ‘Talking Gloves’.

Priced at less than ₹5000, this device uses the principles of AI (Artificial Intelligence) and ML (Machine Learning) to help a person with a speech disability to convert hand gestures into voices or texts.

This enables that person to communicate their message independently.

The women sex workers community was among the worst affected during the pandemic, with their livelihoods completely shattered.

Despite immense suffering, many of them still helped the frontline, distributing drugs for those afflicted with HIV/AIDS, medicines for diabetics, etc, with little to no funding.

Over one lakh people in 23 villages used to get their drinking and irrigation water from the Heval river. However, due to mining, the release of industrial waste, and fossil fuels had forced the river to dry up.

Dharam Singh Meena, a divisional forest officer in Uttarakhand started a project to rejuvenate the river.

It resulted in substantial water recharge, increase, increase in water discharge level in 23 springs, afforestation of 697 hectares with plantation of around 988400 trees.

All this work also generated employment in 34 panchayats.

India’s well-known architect Balkrishna Doshi is chosen for the Royal Gold Medal 2022 which is given by the RIBA (Royal Institute of British Architects). This is the world’s highest honour for architecture.

The Royal Gold medal is approved directly by Queen Elizabeth II and a person or group of people who have had a significant influence on the advancement of architecture, receives this honour. Shreyas Comprehensive School Campus in Ahmedabad, the Indian Institute of Management, Bangalore, and Amdavad ni Gufa are some of the examples of his work.