Nature has gone seriously haywire. These trees look nothing like anything you have seen before. Hidden away in the forests of Earth, here are the top and rarest trees ever discovered.

This tree is a fascinating example of nature. Its name comes from red sap that is held within the veins of the tree. It is native to the Socotra archipelago in the Arabian sea. It is a tall umbrella-shaped tree that is a close cousin to the palm tree. Sometimes their appearance can be quite odd. It does look like an umbrella but seems flipped inside out. It has many crisscrossing branches that form the broad canopy of leaves that are spread across the top. This tree also produces a type of red berry containing the same kind of sap as the tree itself. 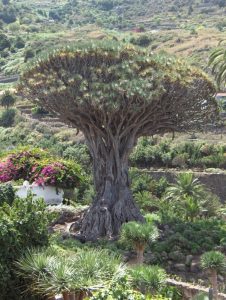 We have always studied, fruits normally grow on the branches of any tree but there are one species that successfully dodges this trap. Jaboticaba trees are native to several states in Mexico and have close relations to the rest of South America. They are famous for their purple-colored fruits that look a lot like grapes which grow directly on trunks. It’s a very slow-growing species of tree which at first has pink leaves which turn to green as they reach maturity. They tend to grow around 50 feet tall and sprout white flowers on the trunk which is followed by the fruits. 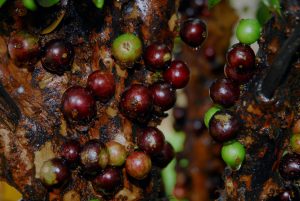 Naturally, they lay fruit once or twice in a year but when they have been cultivated, this process can be continuous because of the relative stability of the climate in the region which means the fruits are available all year around. The fruit themselves are about 1.5 inches in diameter and have thick skin with 4 seeds inside. The flesh is white or pink. It has a sweet taste to it and is often seen in markets across the continent. 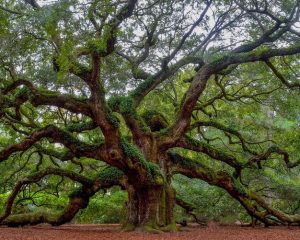 These trees are native to the South-Eastern United States. These are called the angel oak located in South Carolina. The majority of these trees are found in the deep south. There are many cousins to this tree and they are also spread about the south but none of them grow the way these live oaks do. And none of them have the beauty or durability. They have many different names such as Virginia live oak, bay live oak, or plateau oak.

Read More: What is escapism in children? How to deal with it?

Money doesn’t grow on trees, but this tree debunks all the myths. This mysterious tree is studded with coins all around for the last 1700 years. It has been spotted in the Peak District to the Scottish Highlands of the United Kingdom. After monitoring the tree’s bark closely you’ll get to know that it is bejeweled with various currencies including British coins. It is impossible to remove these crooked coins from the trunk but surely, they are worth a hundred times more than their face value. 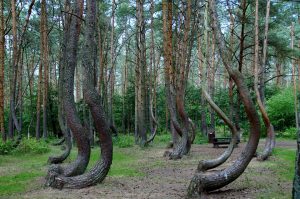 These are the eerie crooked forest found in western Poland. The forest includes about 400 pine trees with a 90-degree bend, most curving north. What’s most strange about it is that it is surrounded by a bigger forest that’s totally straight. The trees are thought to date back to the 1930s and something altered them 7-10 years later. But there is no straight answer to this mystery. During World War 2, military tanks knocked down the trees but they grew back crooked again. There is speculation that farmers might have altered the young trees to be used to make furniture or ships but when Poland invaded in WWII, farmers had to flee leaving behind the strange trees.

This 300-year-old tree situated in Nalgonda; Andhra Pradesh will leave you amazed. A banyan tree that looks quite usual from a distance becomes extremely one of its own kind when monitored closely. This tree is naturally carved with different animals like snakes, crocodiles, lions, and many more which can be pointed out very clearly. This strange tree is a total mystery for the visitors as it is considered an unknown species for now.

How To Take Care Of Paw Buddies During Monsoon?

Essence of the Solah Somvar Vrat