6 good news from our khush khabri series of the week.

This week we curated six best good news of the week that will restore your faith in humanity. Moreover, some may motivate you to chase your dreams until they get fulfilled. Here is 6 good news from our khush khabri series of the week.

Good news: Navy to get women sailors for 1st time

Indian Navy will recruit women through the #AgneepathScheme who will be deployed on warships upon completion of training.

Now there will be women officers in the Army, Air Force, Navy

This will be the first time that below the rank of officers (PBOR) will be opened for women. pic.twitter.com/qiudJ9lfde

Opening the door of opportunity for women, the Indian Navy is set to induct women sailors for the 1st time under the Agnipath scheme this year.

3000 women naval, and this batch will kick start training at the maritime establishment INS Chika Orissa on November 21.

This tale posted by IPS officer Dipanshu Kabra about a man who uses a wheelchair to work as a delivery man is winning hearts on social media.

Inspiring! A man delivers food in a wheelchair

Chennai’s Ganesh Murugan is India’s first wheelchair food delivery boy. He delivers food in his wheelchair. Ganesh found a way out without compromising on circumstances and took the path of self-reliance. He is an inspiration to all those who give up instead of fighting difficulties.

His entire wheelchair has been designed by a start-up at IIT Madras. The two-in-one motorised wheelchair can be detached at the press of a button, and the rear part turns into a simple wheelchair.

NDA government has proved the BJP's slogan of "Sabka Ka Sath, Sabka Vishwas" by selecting a tribal woman like me for the topmost post of the country..? Thank you so much @BJP4India pic.twitter.com/c4RRi9A5mW

#Assam৷ #TransportMinister #ParimalSuklabaidya himself ride boats in the flood affected areas of #Cachar district to take stock of the situation & the conditions of people pic.twitter.com/SwslcBv4qp

Amidst incessant rain in Assam, transport minister Parimal Suklabaidya drives a boat to take patients to the hospital. A set of videos showed Mr. Suklabaidya wading through a flooded street in Barak valley in a wooden boat. Several people were seen walking, knee-deep in water, alongside the boat.

Good news: Chennai to host pride parade after a gap of two years on June 26

The Chennai pride parade will return on June 26 after two years of pandemic lockdown prevented the organisers from hosting the annual event. The Tamil Nadu Rainbow Coalition, formerly the Chennai Rainbow Coalition, comprises several NGOs such as Kattiyakari, Nirangal, Orinam, Sahodran, Saathii, and Chennai Dost, is celebrating the 14th year of the pride parade this year.

Khush khabri: Suhani, the Rajasthan board topper scored 96% in 10th

Suhani – the daughter of an auto driver from Jaipur, scored 96 percent in her 10th standard examination on Rajasthan Board.

Belonging to a humble background, Suhani’s story stands out because her achievement is inspiring despite everything her family has been through. Her parents are uneducated, and the whole family has faced many financial problems. Despite these struggles, Suhani’s father sent her to school.

15-year-old Suhani Shakrwal’s family’s financial condition has never been good. The family falls under India’s BPL category. During the Covid-19 pandemic, when the entire country was under lockdown, Suhani’s family washed people’s clothes to continue her education.

Suhani says she desires to become a CA but also wants to pursue education and become an IAS officer.

Have a wonderful day! 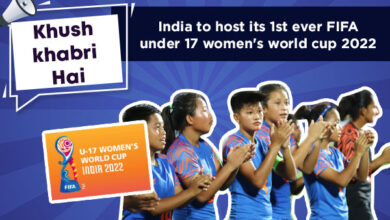 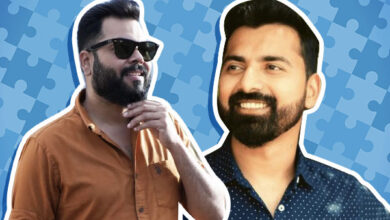