Here are some good news that we received this week

After India won the Miss Universe title after 21 years, there was news of a change in the legal marriageable age for girls to rise from 18 to 21 years. There is a lot of good news that we receive this week.

Here are 6 good news stories that made our week best.

Uttar Pradesh has reached one more milestone in the COVID vaccination drive as it becomes the first state in the country with more than 6 crores of fully vaccinated persons. 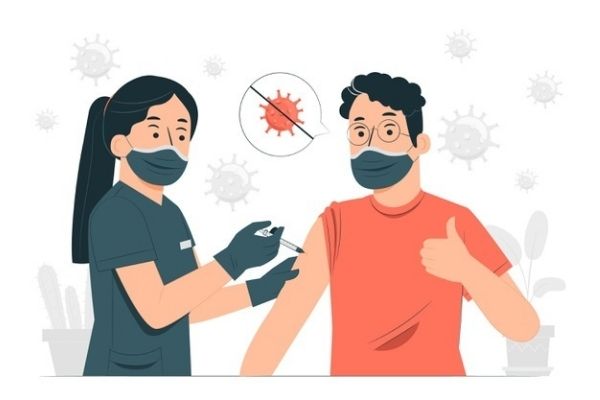 As per the data over 40% of the people have received both doses. Around 18 crore doses have been administered in UP and it has nearly 13% of the fully vaccinated population of India.

Durga Puja in Kolkata has just been inscribed on the #IntangibleHeritage list.

From India 14 intangible cultural heritage elements have been made into this list including Kumbh Mela (inscribed 2017), Yoga (inscribed 2016), 2003 UNESCO Convention aims for protecting the intangible of the Intangible Heritage along with living expression and traditions.

WATCH: Researchers at @iitdelhi have developed an RT-PCR based assay for the specific detection of the #Omicron variant of COVID-19 within 90 minutes. pic.twitter.com/BRNJxnpAjh

In their path-breaking research, IIT Delhi’s Kusuma School of Biological Sciences has developed an RT-PCR-based assay for the specific detection of the Omicron (B.1.1529.1) variant of SARS-CoV-2.

India’s phenomenal run continues at the Commonwealth Weightlifting Championships as in the men’s 81 kg category, Ajay Singh bagged a gold medal and it is the 3rd gold for India.

Other than him, Popy Hazarika won a Silver (women’s 59 kg) with a total lift of 189 kg (84+105). In the women’s 71 kg category, Harjinder Kaur clinched and Lalchhanhimi settled for bronze.

After 21 years, India’s daughter Harnaaz Sandhu was brought back with the Miss Universe 2021 title at Universe Dome in Eilat, Israel. Sandhu beat 79 other contestants from all across the globe to receive the prestigious crown from Mexican beauty Miss Universe 2020 Andrea Meza.

Harnaaz Kaur Sandhu ‘Beautiful’ message for every young woman will make you believe in yourself!

The pageant included talent rounds like display of swimwear, national costumes, and a series of interview quizzes to judge contestants’ oratory skills and public speaking skills. After Sushmita Sen in 1994 and Lara Dutta in 2000 received the title, Harnaaz is the third Indian woman to enter the club.

Good news: Cabinet gave the nod to raise the marriageable age of girls from 18 to 21!

The Union Cabinet cleared the proposal to raise the marriageable age of girls from 18 to 21. In India, the legal marriage age for boys is also 21. As per the sources, the government had taken this step to examine imperatives of lowering Maternal Mortality Rate (MMR), matters about the age of motherhood, improvement of nutritional levels, and related issues. The change will be introduced to the Prohibition of Child Marriage Act, 2006, and consequently bring amendments to the personal laws such as the Hindu Marriage Act, 1955, and Special Marriage Act.

Have a fantastic weekend!