A horror film seeks to elicit a physiological reaction, such as an elevated heartbeat, through the use of fear and shocking one’s audiences. One world gives you the top 5 most creepy horror movies of Hollywood.

Paranormal activity is a 2007 American horror film written, co-produced, photographed, edited and directed by Oren Peli. It is the first entry into the paranormal activity film series. The film centers on a young couple, Katie and Micah sloat, who plays a fictional character of himself; they are haunted by a supernatural presence in their home. It is presented in the style of found footage; from cameras set up by the couple in an attempt to document what is haunting them.

Paranormal Activity facts that will shock and amaze you

The conjuring is a 2013 American supernatural horror film directed by James Wan and written by Chad Hayes and Carey Hayes. It is the first time in the conjuring franchise. Patrick Wilson and Vera Farmiga star as Ed and Lorraine Wareen, paranormal investigators and authors associated with prominent cases of haunting. Their reports inspired the Amityville Horror. The Warrens come to the assistance of the Perron family, who are experiencing increasingly disturbing events in their farmhouse in Rhode Island in 1971.

The conjuring facts that will shock and amaze you

Halloween is a 1978 American independent slasher film directed and scored by John Carpenter, co-written with producer Debra hill, and starring Donald Pleasance and Jamie lee Curtis in her film debut. The film is set in the fictional Midwestem town of Haddonfield, lllinois. On Halloween night in 1963, Michael mayers murders his sister. He escapes on October 30, 1978 from smith’s grove sanitarium, and returns home to kill again. The next day, Halloween, Michal stalks teenager Laurie Strode. Michael’s psychiatrist, Dr. Sam Loomis, Knowing Michael’s intentions, goes to Haddonfield to track and stop him.

Halloween facts that will shock and amaze you

The shinning is a 1980 British- American psychological horror film produced and directed by Stanley Kubrick, co written with novelist Diane Johnson, and starring Jack Nicholson, Shelley Duvall, Danny Lloyd, and Scatman Crothers. The film is based on Stephen king’s 1977 novel the shinning.

The shinning facts that will shock and amaze you

The Exorcist is a 1973 American supernatural horror film, adapted by William peter Blatty from his 1971 novel of the same name, and starring Ellen Burstyn, Linda Blair, Max von Sydow, and Jason Miller. The film is part of the Exorcist franchise. The book, inspired by the 1949 exorcism of Roland Doe, deals with the demonic possession of a 12 –year- old girl and her mother’s attempts to win back her child through an exorcism conducted by two priests. The adaptation is relatively faithful to the book, which itself has been commercially successful. The film experienced a troubled production, even in the beginning, several prestigious film directors including Stanley Kubrick and Arthur penn turned it down. Incidents, such as the toddler son of one of the main actors being hit by a motorbike and hospitalized, attracted claims that the set was cursed. The complex special effects used as well as the nature of the film locations also presented severe challenges.

The exorcist facts that will shock and amaze you 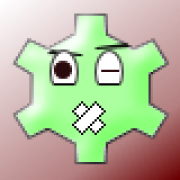 Do you still keep an eye on your ex?

5 convincing reasons to travel Guwahati once in a lifetime!

Amazing movies to be released on OTT platforms this July

Best Netflix Movies to Watch While You’re in Isolation