25 years of Rani Mukerji in Bollywood, here is why she is Real Rani of B- town

Rani Mukerji is a woman of great talent and the world has been the witness. Debuting twenty-five years ago, the actress has left everyone amazed with her sheer brilliance. 25 years of Rani Mukerji in Bollywood, we are revisiting some of her best films. Its Along with her acting career, Mukerji is also very active in making the world a better place. Apart from activism and acting, Mukerji is also a devoted mother to her daughter.

Let’s take a look at all aspects of her greatness to celebrate the 25 years of Rani Mukerji in Bollywood!

It is a known fact that Rani Mukerji is a very polished and accomplished actress. She was one of the highest paid actresses in the 2000s. The actress has played many memorable characters in numerous movies. Some of her famous movies are-

Hum Tum is probably the most loved film of Rani Mukerji. In this movie, the character played by her has many sides which is played amazingly by Rani. The chemistry of Rhea Prakash and Karan Kapoor is the most adorable.

Chalte Chalte is a romantic drama which stars SRK alongside Rani Mukerji. It is one classic that is a favourite for everyone of our generation. The movie is about difficulties faced by a couple who belong to different sections of society. The vulnerable and buoyant sides of the character is well played by Rani which made her character a fan favourite.

Although a story about Veer and Zaara, played by SRK and Preity Zinta, Rani still managed to shine bright in the role of Saamiya. The young lawyer, fighting the case of Veer is loved and respected by all. Rani has done justice to the character of Saamiya. The seriousness and passion portrayed by Rani as Saamiya is commendable.

Like these, there are many other films that showcase the amazing talent of Rani Mukerji.

Apart from her commendable acting career, Rani Mukerji is an activist for female and child rights. Although she doesn’t like to publicize her activism, it is a known fact that Rani is an advocate for many causes such as education, women rights, etc.

She is also the ambassador by Procter & Gamble and the NGO Child Rights and You for their joint venture, Shiksha, to endorse the cause of children’s education. Along with educating children, she also helps people in need of medical attention.

Her Stroke Treatment Fund is a step towards helping people pay for the treatment of financially deprived stroke-affected patients.

She has also been felicitated by Prince Charles of England, for raising awareness and support on the issue of child abuse through her work in Mardaani.

Although it has been rumoured that her married life has kept her away from films so far, we can see her making a comeback with her latest movie which is a sequel to the much celebrated movie- ‘Bunty Aur Babli’. This movie revived the couple who left the entire country shocked. This time, it will be Saif Ali Khan alongside Rani Mukerji.

From the trailers that have been released, this movie seems like it’s going to be another jewel on the Queen’s crown! It’s going to be a very special Silver Jubilee for Rani Mukerji!

6 Fake News that were Presented as the 'Only Sach' 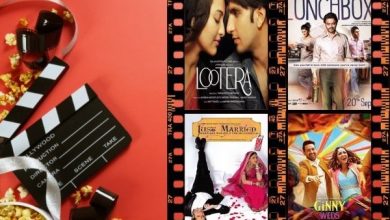 14 Underrated Romantic Bollywood Films to watch with BAE during lockdown