As we all know FRIENDS has been the favourite of almost everyone. You won’t even find one person in this world who would say a no to watching even at 5 in the morning. So here’s something for the comedy series lovers, some really interesting and surprising facts about the show that you had no clue about. Let’s check them out! 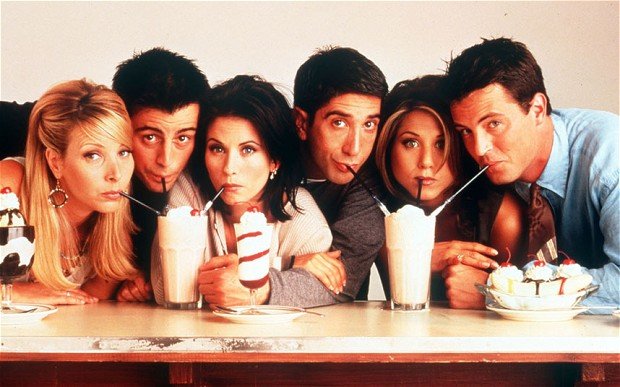 1. Before the show was started, the main love story was supposed to be in between Monica and Joey.

2. Other titles considered for this show were “Six of One”, “Across the Hall”, “Friends like Us” and “Insomnia Cafe”.

3. The main characters of the show are named after All My Children(1970) characters like Monica for Monique/Daisy Cortland, Rachel Greene for Janet Green and so on.

4. The orange couched used in Central Perk was found in the basement of the Warner Bros studio.

5. Courtney Coz who played Monica is the only regular cast member to receive an Emmy nomination for their work on the show.

6. Ellen DeGeneres was approached for the role of Phoebe but she turned it down.

8. When Lisa Kudrow who played Phoebe first read the script, she thought Chandler’s character was gay.

9. David Schwimmer is actually younger than Courtney Cox, though she plays her younger sister on the show.

10. Every lead character was paid $1 million per episode when the series were reaching its end.

Were you aware about them?

Things you can gift your father this Father's Day