1. TRUMP RAN FOR PRESIDENT UNDER THE REFORM PARTY IN 2000

In 2000, US President Donald Trump entered the race briefly, giving television interviews outlining his platform. He even gained the support of Jesse Ventura, who had the idea of becoming vice president. Though Trump loose it, but still, he managed to win the California and Michigan.

2. HE WAS SENT TO MILITARY SCHOOL FOR BAD BEHAVIOR

He went to elementary and middle school in Queens, NY, he started getting into trouble in his early teen years. That prompted his parents to send him to New York Military Academy with the hope of straightening him.

Related : Donald Trump To Be Sworn In As 45thUS President Today

Donald Trump loves to stay involved on social media, and especially on Twitter. It’s been reported that he sends nearly 372 Tweets each month. With the average of about 12 a day! He’s also actively involved in other areas of social media and has millions of followers on Facebook, Instagram, and Vine. Undoubtedly, this savvy use of social media has played a part in his political success.

In 1983 Trump decided to buy a football team. It was reported that Trump bought the team for $9 million. But he claimed, it was bought for $5 million. The team was part of the United States Football League (USFL). Trump’s team became one of the best in the USFL but the spring football league didn’t last more than a few years. The demise of the USFL came about after the league’s lawsuit against the NFL. Though the USFL won the lawsuit, but only received a check for $3.76 after attorney fees and court costs were paid. The check has never been cashed.

When making a visit to the television show “Late Night with Conan O’Brien” Trump said that he has never used an ATM machine. That may surprise some people, but in the matters of banking transactions Trump probably has accountants and assistants taking care of these types of things

6. It Was Rumored That Trump Once Dated Anna Nicole Smith

In 1977, Donald Trump married Ivana Zelnickova Winklmayr, a former fashion model. They would divorce in 1991. He would later marry Marla Maples in 1993; she was already a mother of his child. After his first two marriages, Trump supposedly dated celebrity and model Anna Nicole Smith. There are photos of the couple together.

Donald Trump’s casinos and hotels may be flowing with an endless supply of alcohol, but Mr. Trump insists that he doesn’t indulge in any of it. Not only does Donald Trump not drink alcohol, but he’s claimed that he has never drunk at any time throughout his life. Trump has not only avoided alcohol but doesn’t smoke or do drugs either.

Related : Nothing Will Change After Recounting Of Votes, Says Donald Trump

During the “Battle of the Billionaires”, both Trump and McMahon selected players to represent them in the ring. Both made a bet in which the person whose representative losses would have to shave his head. The representative for Trump won the wrestling match. He therefore actually shaved McMahon’s head. The epic head-shaving took place in Detroit at Wrestlemania 23 in 2007.

The Apprentice was a very popular reality television show for a period. It gave Trump great exposure, he continued to push his brand to a household name and this gave him an opportunity to make new partnerships and advertising ventures. It also gave him a pretty decent paycheck. At 15 episodes a season, he made $5.6 million a year just to be on his own show.

Donald Trump supposedly took a $1 million loan from Dad to get started on his own ventures. He ultimately built the Trump Management Corporation almost single-handedly and eventually turned it into an empire. By 1973, the real estate tycoon owned 14,000 apartments that were located throughout Staten Island, Queens, and Brooklyn. Trump was just 27-year-old.

Have a news story, an interesting write-up or simply a suggestion? Write to us at
info@oneworldnews.in
Tags
Donald Trump featuredhomeews Interesting Facts US President 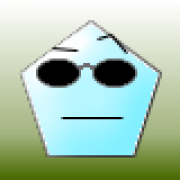 Day VS Night Studies: Which is the best time to study?

National Girl Child Day : Things to keep in mind while raising your daughter