State Rank would be given on the basis of Educational Performance

State Rank would be given on the basis of Educational Performance:- The government of India plans to rank all states on the basis of their performance in education sector, ranging from the quality of infrastructure in school to the learning outcomes.

The idea is to inhabit a spirit of competition in the states and urge them to improve the education quality that their students are receiving, the government official said.

How they use the given resources, the innovative projects undertaken by them and research outcomes will be among few measures upon which will be ranked, the official added.

The central government’s policy Niti Aayog, along with the human resources development ministry (HRD ministry), is working on this index upon, which the states will be ranked.

Niti Ayog has consulted the independent education experts. The index is likely to be launched in few months.

“Niti Aayog and the PMO are interested in having such an index. The whole process is aimed on making the education output-driven than the current input-driven system,” said an experts who was consulted by Niti Ayog.

Earlier, the chief executive of Niti Aayog, Amitabh Kant indicated that such rankings are in the process.

Overview of Education system in India

India has one of the biggest education systems in the world with approximately 330 million students in all schools and colleges. The country has around 1.4 million schools, about 45,000 colleges and nearly 720 universities.

The quality of education remains a big challenge from the primary to tertiary level, which several studies have reported. Many students of Class V could not read Class II textbooks in 2014, as surveyed by the Annual Status of Education in Rural India report of 2015; reported in the global league tables, Indian universities lag much behind its peers elsewhere.

Just two Indian institutions namely the Indian Institute of Science Bangalore and Indian Institute of Technology Delhi were able to find a place in the top 200 universities list of the QS World University Rankings and none in the Time Higher Education (THE) World University rankings in 2016. Both QS and THE are global university ranking agencies based in UK.

“Education is largely a state matter and taking all Indian states on board is needed. From years states are demanding increased funds, but all different funding patterns will have political consequence,” the official concluded.

Have a news story, an interesting write-up or simply a suggestion? Write to us at
info@oneworldnews.in
Tags
education featuredhomeews India 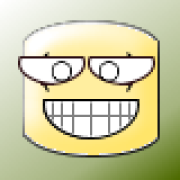 Squeeze Lemon in water and bust all your stress